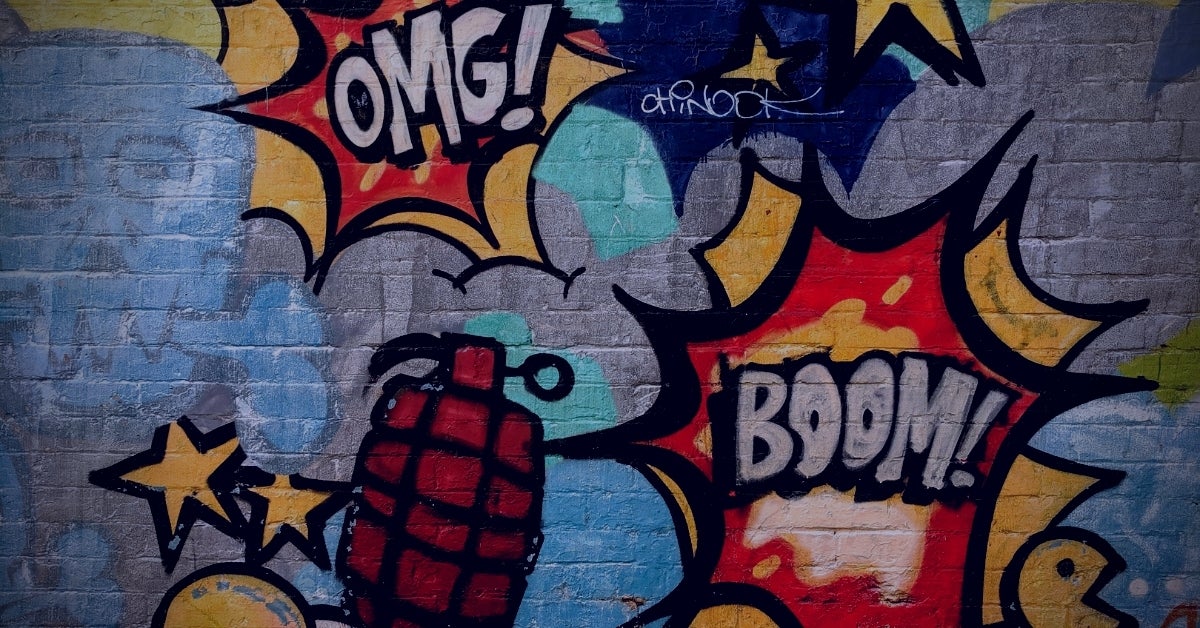 You could almost hear the collective sigh of relief across the macOS security research community last week when Craig Federighi, Apple’s Senior VP of Software Engineering, finally spoke up about the problem that many of us have been voicing for several years now: Macs get malware, and Apple are struggling to cope with it.

For some, it’s a tune that can be hard to hear, so good has Apple’s marketing been over the years about the security of its platform. “Apple has built-in tools like XProtect to protect the Mac”, you will hear people say. “Apple has barriers to distribution like codesigning, Gatekeeper and Notarization”; and perhaps the most oft-cited one of all: “The Mac has such small market share it’s not worth the time of financially-motivated malware authors”.

As we’ll see in this post, that last assertion is demonstrably false, and as Apple has now also publicly admitted for the first time, Apple’s layers of security have not prevented malware from becoming a problem for Mac users and indeed for businesses with Mac fleets.

But let’s be clear: our aim here is not to bash Apple. As a hardware, software and services developer and supplier, Apple has many things to do besides malware hunting, detection and protection. Rather, our aim is to illustrate the very real problems facing Apple and Apple users from a growing malware problem that the OS vendor rightly says is “unacceptable”. Help is out there, but Mac users first need to hear what Mr Federighi and the macOS security research community is trying to tell them. 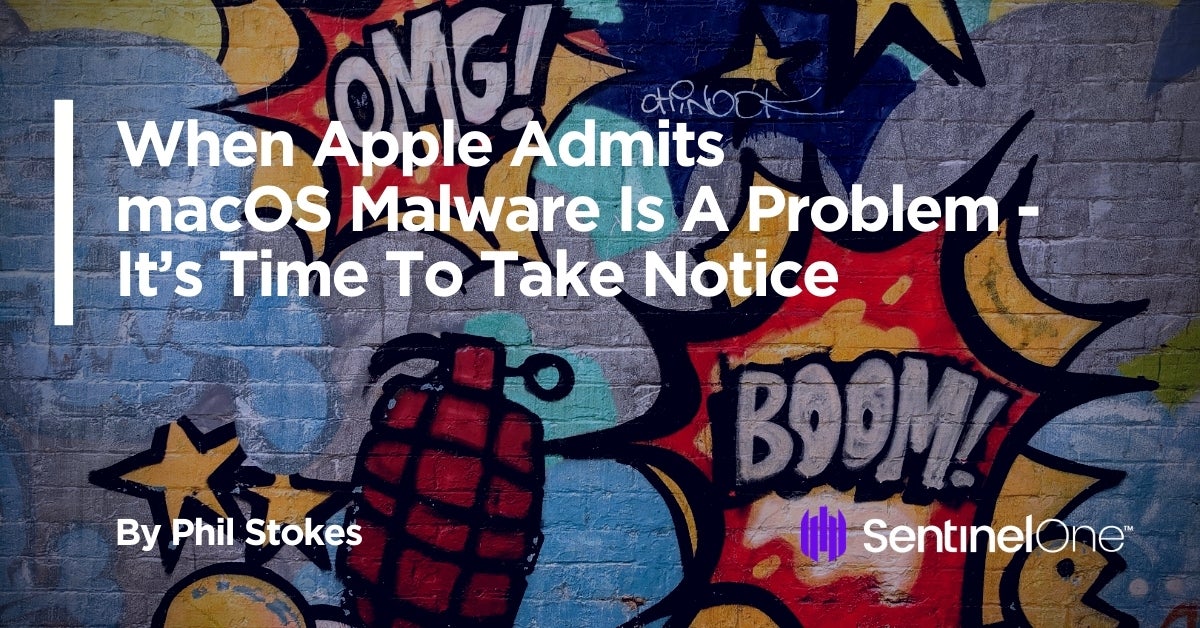 Apple Admit It: Macs Have a Malware Problem

Let’s start with what Apple has now publicly stated. In a wide-ranging testimony ostensibly about iOS security last week, Apple’s Senior VP for Software Engineering, Craig Federighi noted that Macs can be safe:

“If operated correctly, much like that car, if you know how to operate a car and obey the rules of the road and are very cautious, yes. If not, I’ve had a couple of family members who have gotten some malware on their Macs.”

The kind of malware that incautious users can easily end up with after a few innocent web searches include well-known families such as Adload, Shlayer and SilverSparrow.

Some of the malware that targets macOS users work as ‘pay per install’ delivery platforms that are sold to unscrupulous developers both to inject unwanted advertisements into a user’s browsing experience and to load the user’s Mac with unwanted programs. Such programs typically use high-pressure marketing tactics to lure unwary users into signing up for expensive subscriptions for applications that have very little or no utility. In some cases, these include scareware security programs.

Federighi also noted that gaining access to or control of user data, cameras, and microphones is “incredibly valuable to an attacker”. As many macOS users and developers have noted with frustration over recent iterations of Apple’s operating system, access to these has been increasingly locked down behind so-called ‘transparency, consent and control’ mechanisms that are supposed to keep malware out. These have largely proven ineffective against malware due to multiple known bypasses.

Federighi did not make reference to targeted attacks facing developers and businesses from known and unknown threat actors, but some high-profile incidents such as XcodeSpy and XCSSET have hit the headlines in the last 12 months.

Regarding Apple’s approach to fighting malware, Federighi explained that “Each week, Apple identifies a couple of pieces of malware on its own or with help of third parties” and that the company is engaged in “an endless game of whack-a-mole” in its attempt to fight the “significantly larger malware problem” facing Mac users.

Malware vs macOS – How High Are the Barriers?

Perhaps the most important message for anyone running macOS, particularly businesses with a fleet of Macs, is that the barriers for an attacker to achieve code execution are not as high as they may have been led to believe.

Apple has invested heavily in touting Gatekeeper as the primary barrier to unwanted programs, and backed that up with requirements for code signing and Notarization. We’ve discussed Gatekeeper – really a set of related technologies – in the past. Nothing much has changed with respect to that: it relies on downloaded files being tagged with an extended attribute which is then examined by the OS to see whether it is allowed to execute. There are several points of failure here, all of which in-the-wild malware regularly exploit, and which we’ve described before.

More recent technologies like Notarization are also defeasible by the removal of the same extended attribute: in short, if the attribute doesn’t exist or is removed, the Notarization check won’t come into play.

More worryingly still, there have now been numerous cases of malware actually being notarized by Apple. This in part is what Federighi likely meant by saying “it’s an endless game of whack-a-mole”. Malware gets past Apple’s notarization checks, is discovered after the fact, and the certificate is revoked. The malware authors then re-sign the code with a different developer ID and we all get to go again.

When it comes to code signing and the new M1 Macs, there’s also a couple of gotchas to watch out for: while it’s widely believed that M1 Macs are somehow more secure because code signing requirements are stricter, the fact is M1 Macs can run unsigned code via Rosetta.

Similarly, even when an M1 Mac does check for a code signature, it does not require that the code signature belongs to a known developer. Code signed with an ad hoc signature will run without hindrance, and ad hoc signatures can be created on the fly by other code or by malicious insiders. This technique is currently being used by XCSSET malware for the express purposes of running on M1 Macs.

While we’re on the subject of code signing and certificate checks like Notarization and OCSP, there’s another important caveat to bear in mind when assessing how safe your Macs are from real world macOS malware.

As a security solution vendor, SentinelOne encourages customers to test the efficacy of their security solutions – whether 3rd party or provided by Apple as part of the macOS platform – but depending on what you test, you may get misleading results.

As we noted above, Apple regularly revokes code signing certificates belonging to developers found to distribute malware, and via Notarization, Apple can block specific samples of code that have been notarized by revoking their notarization ticket.

That means if you set about testing a particular known malware family with a sample whose code signature and/or notarization ticket has been revoked by Apple, you will of course see that sample blocked on your test. Importantly, however, you can’t conclude from that test that you’re going to block other samples of the same malware family.

For example, this sample of SilverSparrow malware can be downloaded from the blog of a popular macOS security researcher and will appear to be blocked by the OS if you try to run it:

However, remove the signature or re-sign the malware with a different signature and the same sample will pass those checks (to test that, you would need to use a clean environment from the first test, since once the code is blocked the local device will remember that code is blocked even if you re-sign it or manipulate it in other ways).

Relying on code signatures as a first line of defense is fine, but given the ‘endless game of whack-a-mole’ whereby the same malware just comes back with a different certificate, it’s a barrier that is easily cleared.

What you really want to know is whether you have protection against malware families, not individual samples. Apple provides a built-in technology called XProtect to scan executable files for known malware families. Let’s see how well that works.

Why XProtect Alone Won’t Protect You From Malware

As we noted above, one of the main malware families you can run across in the wild is Adload. This family of malware has been around for some years now, has a number of different variants, and is particularly tricky to remove once it gets a hold in a system. XProtect certainly has some signatures for Adload: 14 of its 157 malware YARA rules are dedicated to Adload variants.

However, it’s trivial to find Adload samples on VirusTotal that are not detected by XProtect, some as old as three years, others a few months.

But perhaps that’s not a fair test. It’s easy to pick holes in a security solution for the odd detection miss here or there. Let’s take a selection of known malware families: Bundlore, Shlayer, SilverSparrow, RLoad/Lador, all of which are detected by static AV engines on VirusTotal (the list of 20 hashes as well as those above are provided at the end of this post).

Again, as can be seen from the image of the first eight shown above, the dates these were first detected vary from 2018 to a few months ago. Let’s see how XProtect does with these. If you want to try this at home you will need to install YARA, and then point YARA to the XProtect.yara file.

I use a few functions in my shell profile to make this easier (the xprotect_families.txt file is a list of XProtect rule names that can be extracted from this file on SentineLabs github, but it isn’t necessary to run the test).

Unfortunately, XProtect doesn’t have a signature for any of these 20 samples from common, known malware families.

What should we conclude from this? As stated at the outset, we’re not Apple-bashing here: XProtect does do a decent job of blocking the macOS malware that it knows about, particularly since recent versions of the OS ensure files are scanned by XProtect even if they are missing the com.apple.quarantine extended attribute.

The problem is there’s just a lot more malware out there than XProtect knows about. Yes, Apple has another tool, the MRT.app, that can remediate some known malware infections, again if it knows about them, but there are other problems with MRT.app, chief among them the frequency with which it runs (or doesn’t run). We’ve written about MRT.app before at length here and here.

For enterprises running macOS fleets, the macOS malware problem isn’t going to go away on its own or be solved by relying on Apple’s built-in tools, welcome as they are. A solution like SentinelOne brings to the table the missing detection, protection, visibility and control features that macOS lacks. Developed in-house with native support for Apple silicon, kextless and 365+ data retention options, we have a long-term investment in securing Macs. We are Mac users, too, and security is our business.

If you would like to see how SentinelOne can help protect your Mac fleet, contact us for more information or request a free demo.