Ransoms Without Ransomware, Data Corruption and Other New Tactics in Cyber Extortion - SentinelOne 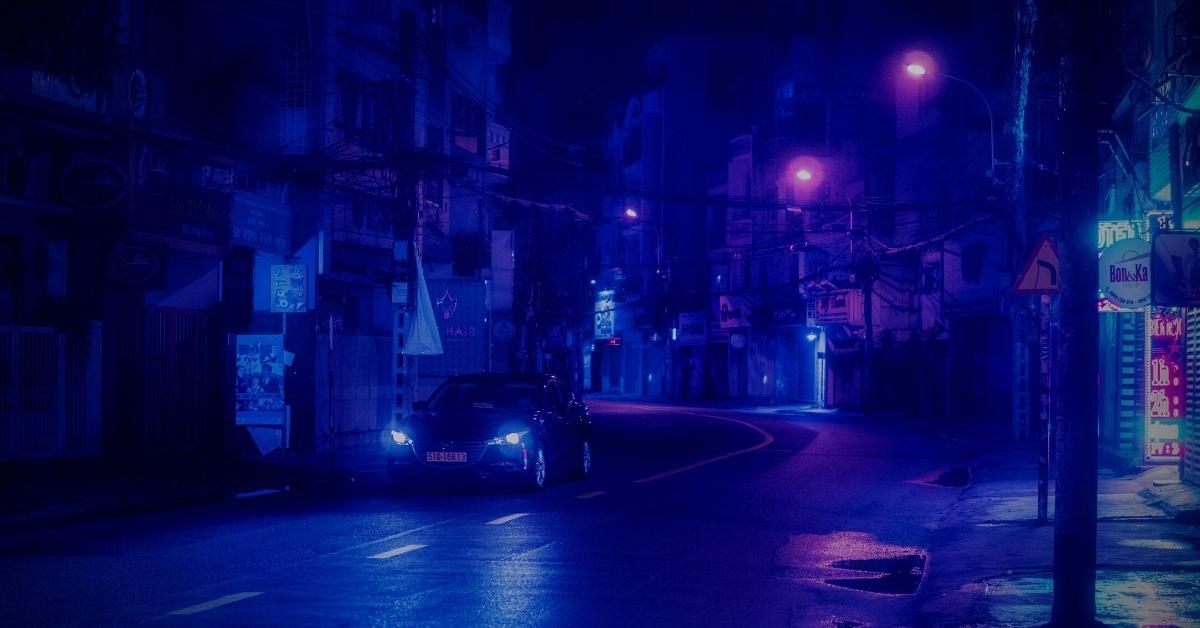 Ransoms Without Ransomware, Data Corruption and Other New Tactics in Cyber Extortion

Much like legitimate businesses, ransomware operators adjust their operational strategies to achieve results while managing time and resources, and defenders are required to track these shifting strategies to maintain effective protection. Presently, we are observing an evolution in how cyber criminals approach the business of extorting money from organizations.

Ransomware actors have turned toward data theft instead of time-expensive encryption, and importantly, the anatomy of modern extortion attacks involves operators taking different approaches to data destruction from full encryption to partial encryption to no encryption – and, thus, no ransomware – at all. What the cybersecurity industry generally refers to as ‘ransomware operators’ must now be thought of as a subset of a larger group of data extortion actors who occupy different positions on this spectrum of data destructiveness.

In this post, we describe this emerging spectrum of data-focused threat actors to help defenders better understand the continuing development of data extortion tactics, techniques, and procedures (TTPs). 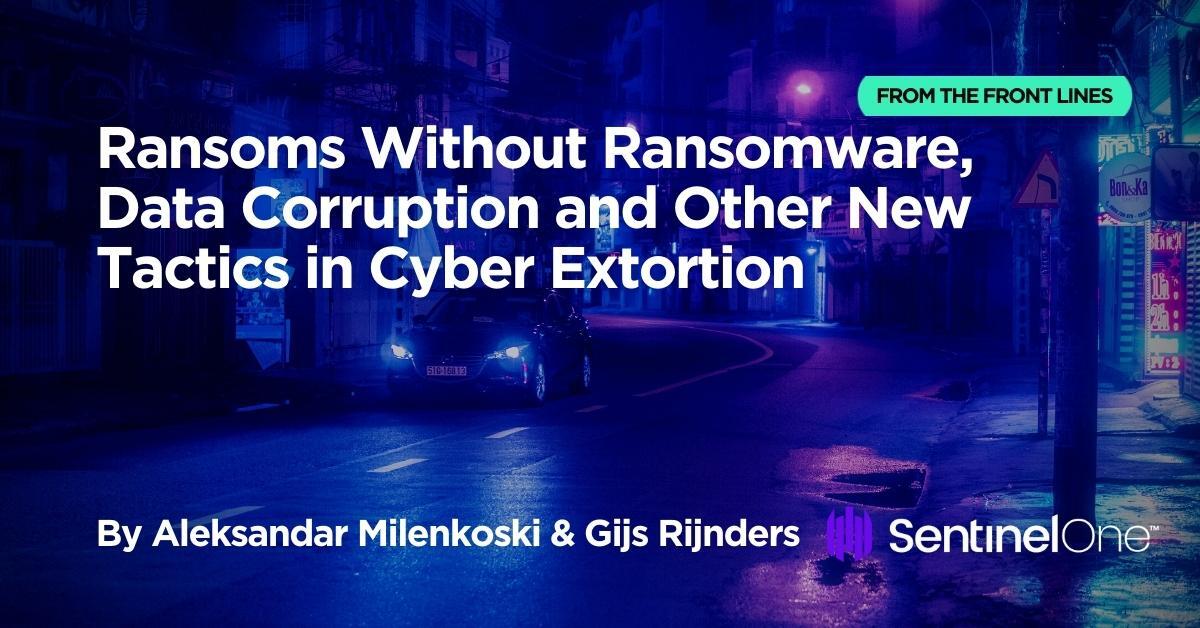 Starting first from opportunistic attempts for easy profit, ransomware has morphed into full-scale cybercrime syndicates targeting governments and critical infrastructures globally. Ransomware-as-a-Service (RaaS) programs are now prolific on the dark web, connecting low to mid-level actors with ransomware developers. Not only are these programs easy to access and cheap, they are also mature, operating like any other legitimate organization by offering technical support and flexible service models.

Thinking of ransomware as simple encryption of randomly stolen data, however, is not an accurate representation of the plethora of data extortion strategies we see today. Trends now indicate that full encryption of victim data is often too arduous and slow for many threat actors, and increases the risk of detection. With double and triple extortion becoming standard in the ransomware scene – the stolen data being the pivotal element  –  we see threat actors occupying different positions on a spectrum of data destructiveness.

At one end of the spectrum are threat actors that do not destroy data at all and therefore spend no time on this activity – they only steal data that is valuable to victims as a means to extort them. At the other end of this spectrum are actors that use traditional ransomware to do full, but relatively slow, encryption to destroy data completely. The rest of the spectrum is populated by actors that steal data and either partially or fully destroy it to damage their victim’s infrastructure, thus gaining additional leverage over them.

This strategy is exemplified by two relatively recent threat groups, Karakurt and Lapsus$. Both leverage data extortion-only methods in their campaigns. Neither group deploys ransomware on compromised systems. Instead, they exfiltrate data and use the stolen data as leverage, joining the ranks of groups such as Marketo and [email protected]

Karakurt typically gains access to networks through initial access brokers (IABs) or by exploiting vulnerabilities in internet-exposed network services such as outdated Fortinet FortiGate SSL VPN appliances. The threat group is considered to be the data extortion arm of the now defunct Conti syndicate. Karakurt has targeted victims across all industries and geographical regions.

Karakurt sends victim-specific emails to employees revealing that data has been stolen while threatening that the data will be leaked to competitors or auctioned online. The extortion note contains employee names and indicates that Karakurt has spent a considerable amount of time locating data that is valuable to the victim organization to ensure the group’s extortion leverage.

Lapsus$ has recently targeted victims in the high-tech industry, notably Nvidia, Samsung, Okta, Microsoft, and Ubisoft. The threat group is also known to attack organizations specifically to gain access to their customers. Such has been the case with the Okta breach in early 2022. It is interesting to note that Lapsus$ conducts data extortion campaigns not only for financial gains, but also to increase their notoriety.

Some ransomware operators are now implementing data destruction techniques that are more lightweight and time-efficient than data encryption. Through data corruption,  operators are capable of driving urgency in their victims as well as escalating their ransom request.

Exemplifying this is the new version of the Exmatter data exfiltration tool which corrupts data by replacing a data chunk of a file with a data chunk from another file. This change in the implementation of Exmatter strongly suggests the beginning of a new trend in ransomware operations where threat actors seek to corrupt data instead of encrypting it.

Data corruption is faster than full encryption and the code is significantly easier to develop, since there is no need to worry about reversing the damage after the victim pays up. Data corruption further eliminates the possibility of security researchers developing decryptors that exploit flaws in ransomware encryption schemes, such as occurred with the Lorenz and MafiaWare666 ransomware strains. In short, corruption allows threat actors to save time and effort while improving their chances of a successful payout.

The Growing Trend of Partial Encryption

Partial encryption allows ransomware actors to destroy data faster than with full encryption. The gains in time are especially noticeable when it comes to encrypting large files, where the time spent on encryption per file is reduced in the order of minutes.

Partial encryption may also help threat actors to evade security mechanisms that detect ransomware by monitoring the intensity of file IO operations or by evaluating the similarity between non-encrypted and encrypted versions of a given file, for example, based on Chi-squared or data entropy measures.

What’s Next for Data Extortion?

Changes in the threat landscape have created differing trends in how data is leveraged to increase the chance of successful ransom. We predict that data extortion actors, including ransomware operators, will continue to occupy different positions on the data destructiveness spectrum.

Ransomware actors that steal data to extort their victims also aim to gain additional leverage by damaging the targeted infrastructure, disrupting business services and causing both reputational harm and financial loss. This type of actor will likely continue to resort to a combination of data destruction techniques, corrupting or partially encrypting large files where speed is of the essence, but continuing to fully encrypt others. Some actors may focus more on corruption to avoid potential implementation flaws in encryption schemes.

Meanwhile, extortion actors that seek to use the value of stolen data without conducting any encryption at all are set to gain further momentum within the threat landscape.

We also anticipate the emergence of a hybrid model amongst threat actors that will allow them to switch between conducting data theft only and using a more traditional data-destructive ransomware approach. At the core of this model is the value of the stolen data. Depending on its value, threat actors will evaluate whether or not it is sufficient as the only means of extortion leverage.

The profitability of the ransomware industry has given way to a multitude of extortion methods. What’s emerged is a spectrum of threat actors who are moving past traditional, time-consuming encryption focused on destroying all stolen data. Now, actors are seen prioritizing faster attacks either through data extortion, where the data is more or less preserved, or only partial corruption allowing them to move quickly and demand increasingly larger ransom demands.

This spectrum of attack methods is the result of a gradual process, influenced by the development of decryption and other malware-detection capabilities as well as the professionalization of malicious actors themselves. As demonstrated by the trends outlined in this post, actors have clear ambitions and continue to adjust their methodologies and tactics to capitalize on the most likely targets and payouts.