OpenSSL 3 Critical Vulnerability | What Do Organizations Need To Do Now? - SentinelOne 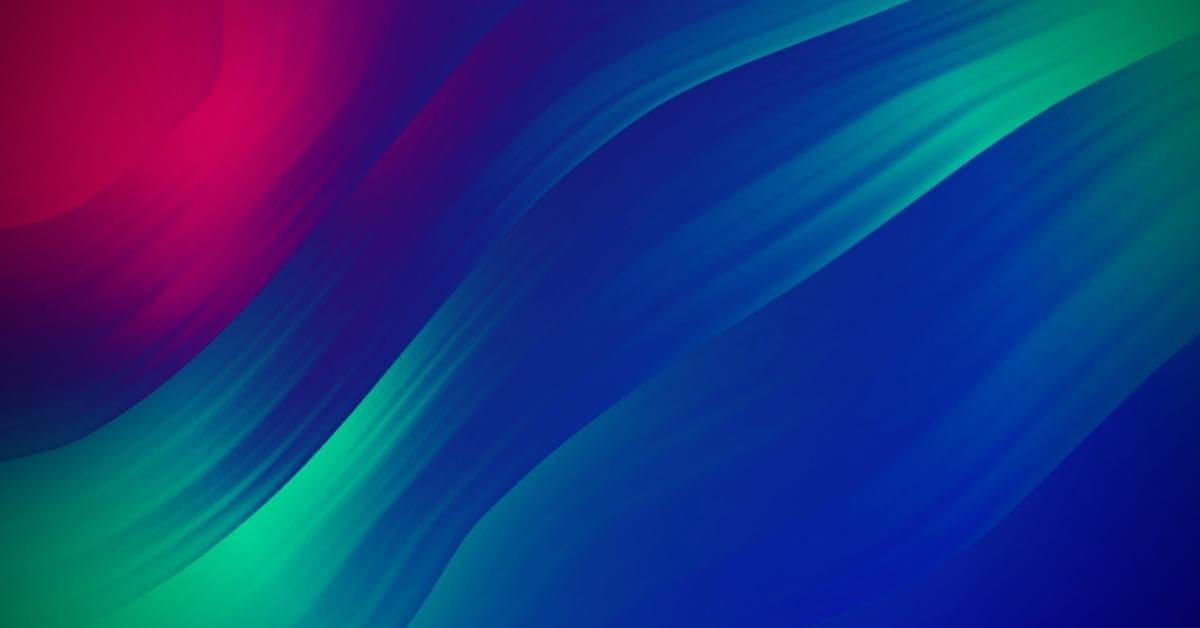 OpenSSL 3 Critical Vulnerability | What Do Organizations Need To Do Now?

Last week, the OpenSSL project team announced the release of OpenSSL version 3.0.7, which was made available on Tuesday, November 1st. The update is a security fix for two vulnerabilities in OpenSSL 3.0.x, and developers and organizations are being urged to ensure that they patch any instances of OpenSSL 3 in their software stack as a matter of urgency. The vulnerabilities, CVE-2022-3786 and CVE-2022-3602, affect version 3.0.x and do not impact OpenSSL 1.1.1 or LibreSSL.

SentinelOne customers have instant visibility of OpenSSL versions within their organizations.  As such, Singularity XDR is a useful visibility solution in ensuring your organization is ready for the OpenSSL 3 update. 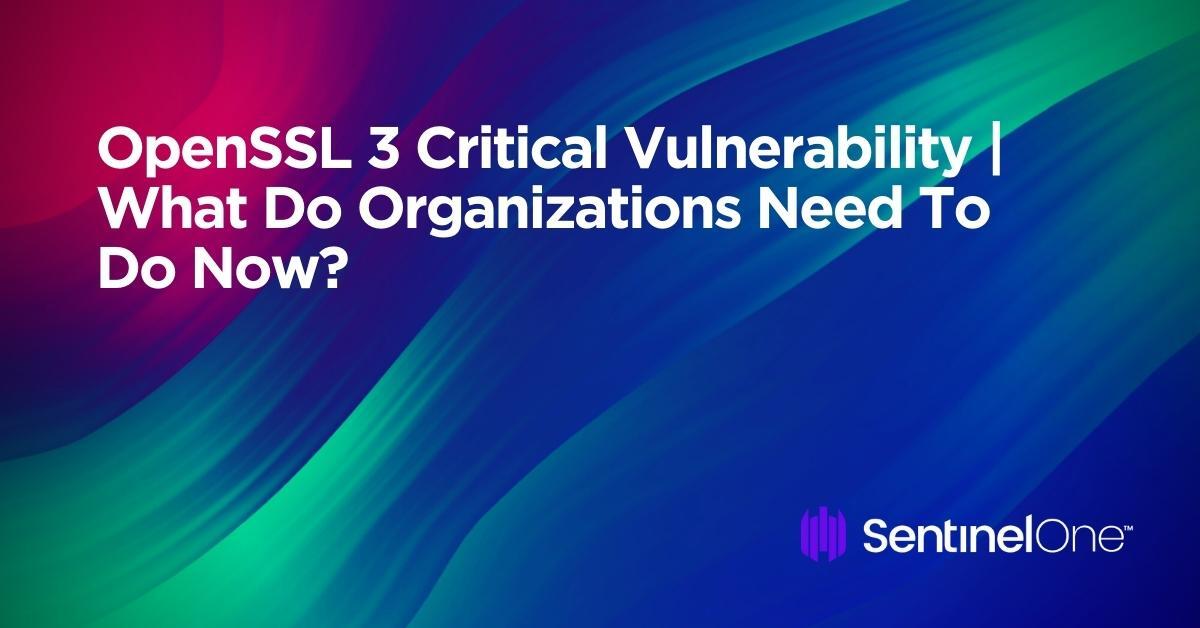 OpenSSL is an open-source cryptography library widely used by applications, operating systems and websites to secure communications over the internet using SSL (Secure Sockets Layer) and TLS (Transport Layer Security). OpenSSL has been around since 2012, with version 3 released in September 2021, and is one of the most widely used open-source libraries worldwide.

Which Versions Of OpenSSL Are Vulnerable?

Docker containers typically include some version of OpenSSL but which version and whether it is vulnerable will depend on the original configuration. The library can also be optionally installed on macOS and Windows devices, although by default Macs run the unaffected LibreSSL library. Vulnerable versions of OpenSSL are also used in popular development software like Gradle, privacy tools such as TOR and security platforms like Kali Linux.

What Is the Risk with OpenSSL 3 Vulnerabilities?

The OpenSSL project initially advised that a critical vulnerability in version 3.0.0 to 3.0.6 could allow for remote code execution and urged organizations to update as soon as the patch was made available.

That urgency remains, but since release the critical bug turned out to be two bugs, CVE-2022-3786 and CVE-2022-3602, which have been downgraded from “severe” to “high”. The downgrade was a result of the bugs being more difficult to exploit than at first thought.

However, given the highly-sensitive and important nature of OpenSSL in internet communications, organizations running exposed version of OpenSSL are still advised to ensure the update is applied. Despite the downgrading, a rating of “high” still represents a risk. It remains possible that threat actors could find ways to exploit these bugs, or researchers could release PoCs that could be weaponized against those that fail to patch.

OpenSSL has suffered from a critical vulnerability before. In 2014,  CVE-2014-0160, dubbed Heartbleed, was discovered in OpenSSL v1.0.1. Heartbleed was due to a buffer over-read in the TLS Heartbeat Extension, which allowed more data to be read than should be allowed. In practice, the bug could be exploited to acquire passwords or encryption keys.

Despite the patch being available the same day the flaw was disclosed, many were slow to patch. The bug was used to compromise a number of websites and steal sensitive data, including Social Insurance Numbers belonging to Canadian taxpayers. Even 5 years after initial disclosure, it was estimated that over 90,000 servers remained vulnerable to Heartbleed.

How To Prepare and Patch the OpenSSL 3 Vulnerabilities

As with Heartbleed, which was rapidly exploited, organizations need to ensure that they prioritize discovering and patching CVE-2022-3786 and CVE-2022-3602 as soon as possible. The update to 3.0.7 was made available on Tuesday 1st November.

SentinelOne customers can run queries to determine which endpoints are running vulnerable versions of OpenSSL in the management console. Customers should consult the KB documentation here. 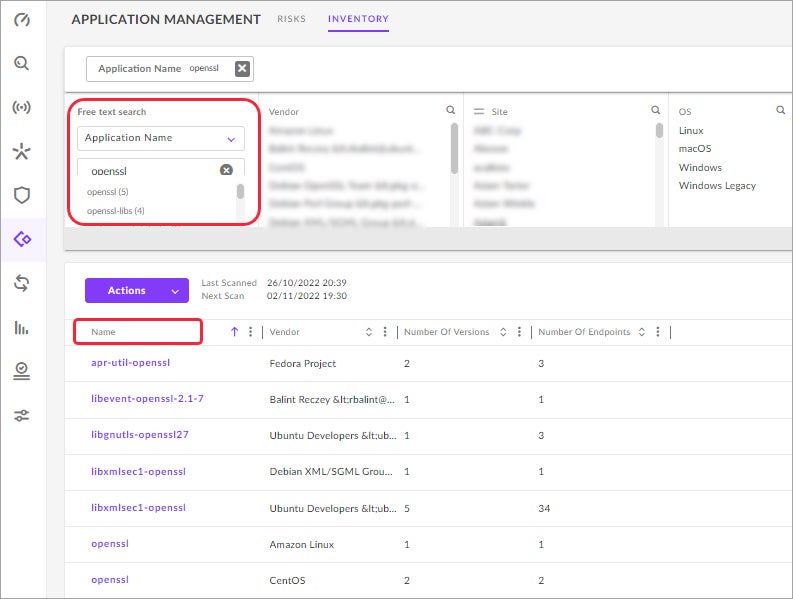 Organizations and IT teams can become weary of patch warnings. Vulnerability discovery is at an all time high, and despite the evidence that attackers routinely exploit flaws in popular software and operating systems, patch management doesn’t always get the time and resources it should.

Even so, vulnerabilities in a software library like OpenSSL, which is so widely in use and so fundamental to the security of data on the internet, is one that no organization can afford to overlook or delay, as many learned in the wake of the Heartbleed bug.