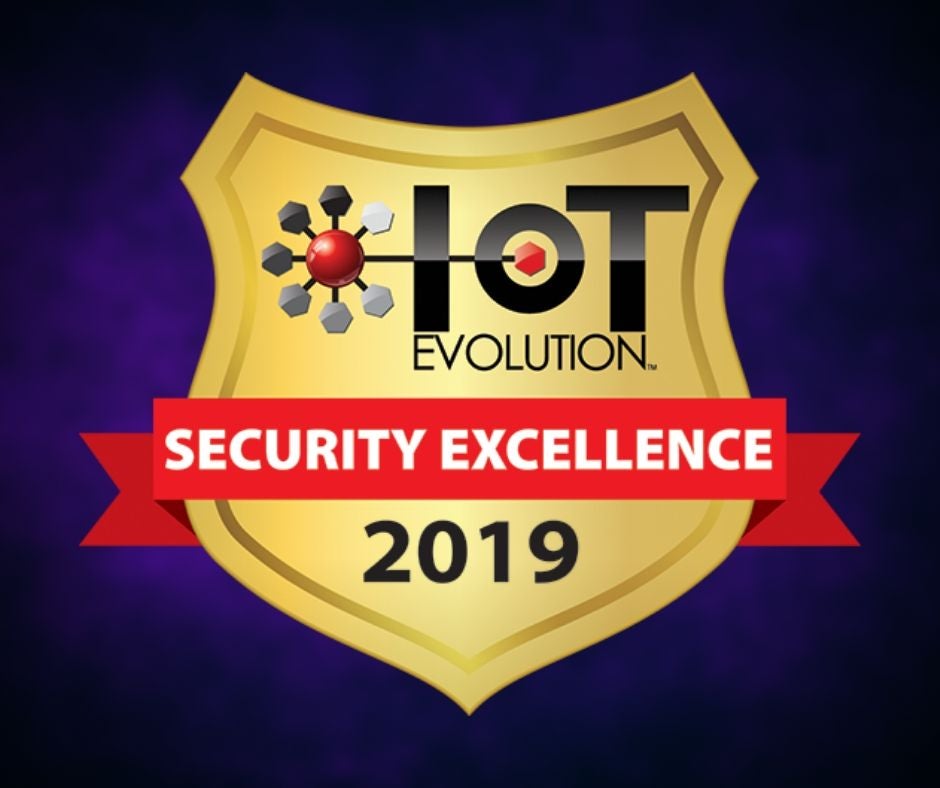 We are happy to share that our own SentinelOne Ranger has received a 2019 IoT Evolution Security Excellence Award from IoT Evolution World, the leading publication covering IoT technology. This award honors organizations delivering exemplary software or hardware solutions which secure IoT devices and networks, and we’re pleased to see Ranger recognized for its breakthrough capabilities securing the connected world. 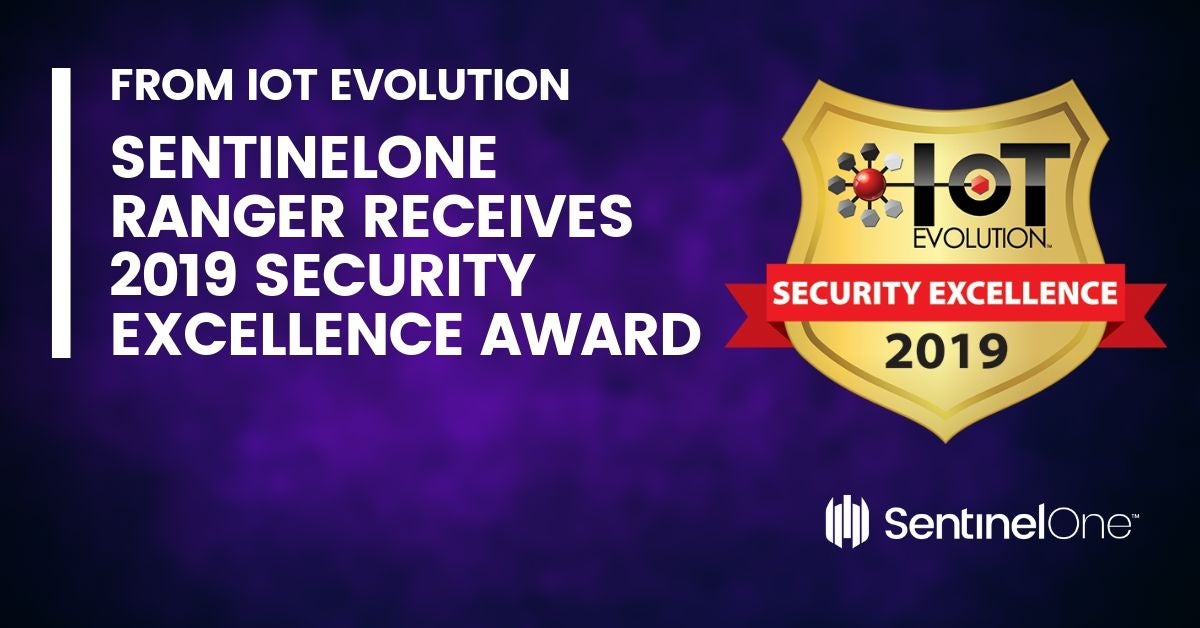 By 2030, there will be more than 125 billion connected IoT devices, many with little or no built-in security capabilities. Currently, enterprise security teams lack the ability to deploy software onto these fragmented devices, resulting in a complete lack of environmental awareness and the ability to take accurate network inventory. SentinelOne Ranger solves this critical problem by providing visibility into the enterprise network, enabling devices to become environmentally aware and fend off attacks from outside and from one another, without human intervention.

Using AI to monitor and control access to every IoT device, SentinelOne solves a problem that was previously impossible to address at scale. The technology can not only fingerprint and profile the devices that the SentinelOne agent discovers by enabling complete environmental visibility but also identify the weak points in a network and subsequently minimize risk. 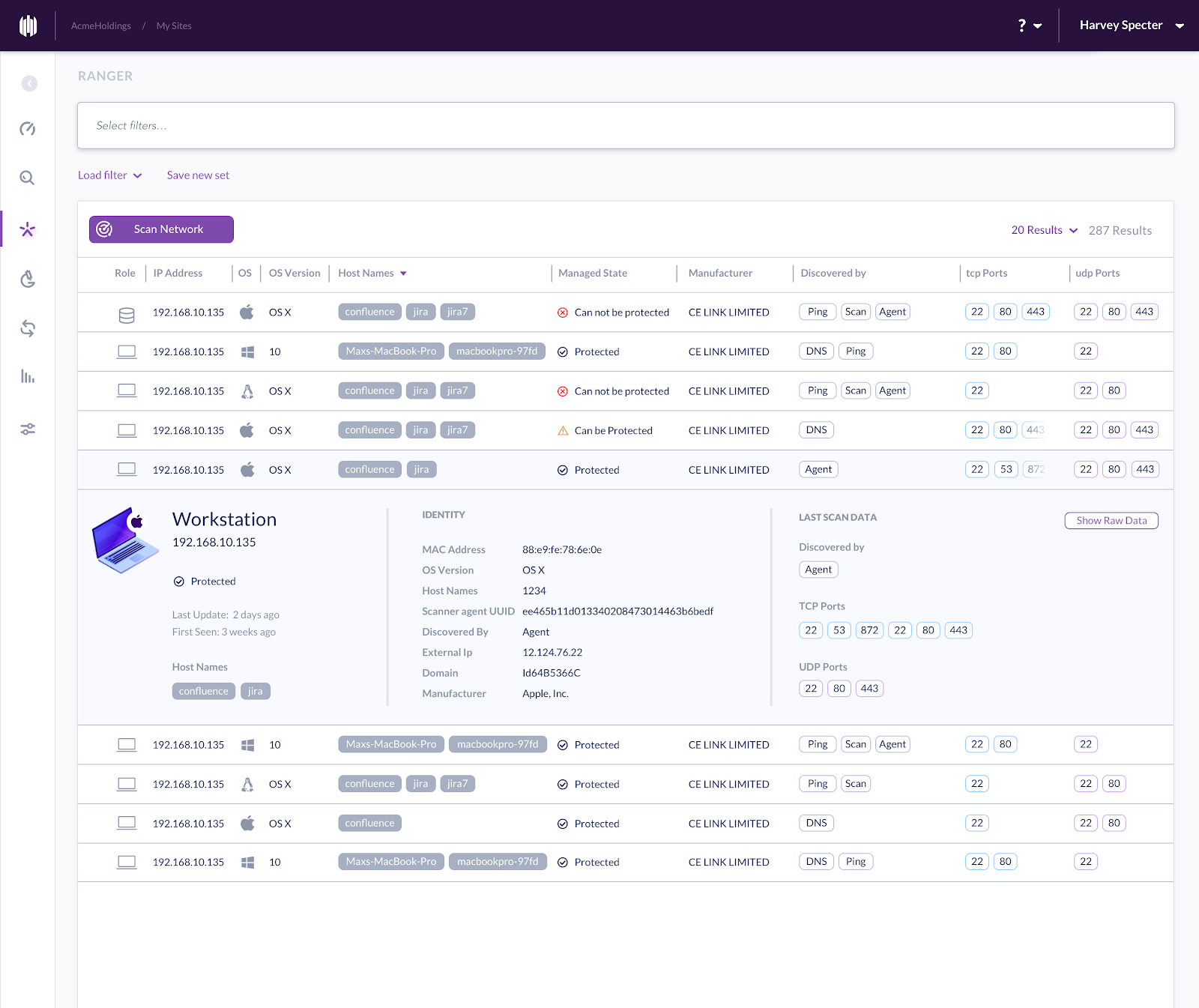 Our Ranger technology is the industry’s first solution that allows machines to autonomously protect themselves and notify security teams of vulnerabilities, rogue devices, and anomalous behavior. The key is it uses existing agents as sensors, meaning organizations don’t have to install yet another agent for Ranger to work. Other products on the market require adding physical appliances to the network and directing traffic there. This can be hard to scale, especially for large and busy networks.

Ranger, on the other hand, gives organizations a window into their network, which becomes increasingly important and valuable as more devices start living on the network. And organizations don’t need to install anything new to use the feature — it’s all part of the existing SentinelOne agent.

For more information about SentinelOne Ranger, please visit our blog.