SKREAM: Kernel-Mode Exploits Mitigations For the Rest of Us - SentinelOne 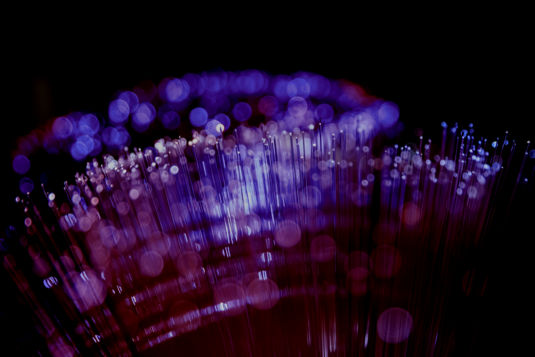 SKREAM: Kernel-Mode Exploits Mitigations For the Rest of Us

When dealing with kernel exploits, the main goal of an attacker would usually be to elevate itself from low privileges to high or system-level privileges. This type of attack is commonly referred to as LPE (local privilege escalation), and can be achieved through a myriad of exploitation techniques, exploiting different classes of vulnerabilities in kernel code, either in NTOSKRNL itself or in 3rd-party drivers.

While Microsoft does a great job in mitigating many of these vulnerabilities, there’s always more room for improvement. As part of this ongoing effort, we started a new, open-source project entitled SKREAM (SentinelOne’s KeRnel Exploits Advanced Mitigations). This project will host multiple independent features meant to detect or mitigate different types/phases of the kernel exploitation lifecycle. Right now it only contains one such mitigation, but stay tuned for more.

In this blog post we will explore the very first mitigation introduced by SKREAM. This mitigation addresses a specific exploitation technique, used mostly when weaponizing pool overflow vulnerabilities, and renders the use of it ineffective on Windows 7 and 8 systems.

Kernel pool overflow is a well-known class of vulnerabilities, used extensively by LPE exploits for the past few years. It becomes available when a kernel-mode driver copies user-supplied data into a pool allocation without first validating its size. This allows a malicious user to supply data that is longer than the allocation made by the kernel driver and thus overwrite pool memory that belongs to the next adjacent allocation.

Combined with kernel pool spraying techniques, the contents of the following pool allocation can be made predictable, thus allowing the attacker to completely engineer its overwrite.

There are various methods for actually exploiting a pool overflow vulnerability. In this blog post, we will concentrate our efforts on one specific technique, which works by overwriting the TypeIndex member found in every OBJECT_HEADER structure.

As documented by numerous sources, every object allocated by the Windows object manager has an object header describing it, which immediately follows the respective pool header in memory. This object header contains a member called “TypeIndex”, which serves as an index into the nt!ObTypeIndexTable array.

Figure 2 – The in-memory layout of an OBJECT_HEADER structure. Highlighted in red is the TypeIndex member.

The nt!ObTypeIndexTable is an array of OBJECT_TYPE structures, each describing one of the many object types available on Windows (e.g. process, event, desktop. etc.). The OBJECT_TYPE structure supplies Windows – among other things – with the information necessary for performing various operations on the object, such as what methods should be called when the object is opened, closed, deleted, etc.

Figure 3 – A few of the methods implemented by every OBJECT_TYPE

As is turns out, the first 2 entries of the nt!ObTypeIndexTable array are actually pseudo-entries which don’t seem to point to actual OBJECT_TYPE structures. The first entry holds a NULL pointer and the second one holds the magic constant 0xbad0b0b0:

Since on x64 both of these values are zero-extended into user-mode addresses, they unintentionally provide a way for attackers to achieve code execution with kernel-level privileges. Given a pool overflow vulnerability, an attacker could:

This technique was found and developed by Nikita Tarakanov and was first published by him here.

Our proposed mitigation aims to thwart this exploitation technique on a per-process basis by pre-allocating the memory region that contains 0xbad0b0b0, before any exploit gets a chance to abuse it. In order for our mitigation to be as effective as possible we can’t just allocate this page, but have to secure it against malicious attempts to unmap, free or modify it in any way.

A similar project was conducted by Tarjei Mandt back in 2011, where he demonstrated the ability to secure the NULL page against NULL-page dereference exploits on Windows 7 systems. To do so, he wrote a kernel-mode driver which utilized a bunch of VAD (Virtual Address Descriptors) manipulation techniques to manually build a VAD entry for the NULL page and then insert it into the VAD tree as a “synthetic” leaf entry.

We needed to do pretty much the same thing but wanted to do so in a more “organic” fashion – i.e. to offload as much work as possible to the Windows virtual memory manager and thus avoid potential complications. The initial creation of the VAD entry as well as the insertion of it into the VAD tree could be easily offloaded to the system by means of simply allocating the region containing 0xbad0b0b0 (since we know every virtual memory allocation ultimately translates into VAD entry creation).

Then we went on to retrieve the VAD entry we have just created so that we could further edit it to meet our needs (i.e. secure the memory range). To do so we borrowed the ‘BBFindVad’ utility function from the Blackbone library, which very conveniently implements this functionality for different Windows versions.

Figure 6 – The VAD describing the memory region containing 0cbad0b0b0, before being secured

The next step was to edit the VAD flags so as to make it secure. According to Tarjei’s paper, the modifications we had to make eventually boiled down to this:

Figure 7 – The VAD describing the memory region containing 0cbad0b0b0, after being secured

Finally, we needed to replace the MMVAD_SHORT in the VAD tree with our newly-secured MMVAD_LONG. In a nutshell, this involved a three-phase operation:

On Windows 8 there were a few minor changes to the various VAD structures, which forced us to make slight adjustments to our codebase:

After taking these into consideration, our code for making the necessary VAD modifications on Windows 8 looked something like this:

Windows 8.1 and Beyond the Infinite

The specific exploitation technique described in this blog post only works on Windows 7 and Windows 8 systems. Starting from Windows 8.1, nt!ObTypeIndexTable[1] no longer points to 0xbad0b0b0, and instead holds the value of nt!MmBadPointer which is guaranteed to cause an access violation when dereferenced. Additionally, in Windows 10 the TypeIndex value stored in the OBJECT_HEADER structure is encoded using a security cookie, so this technique will obviously no longer work on newer Windows systems without some additional work on the attacker’s behalf.