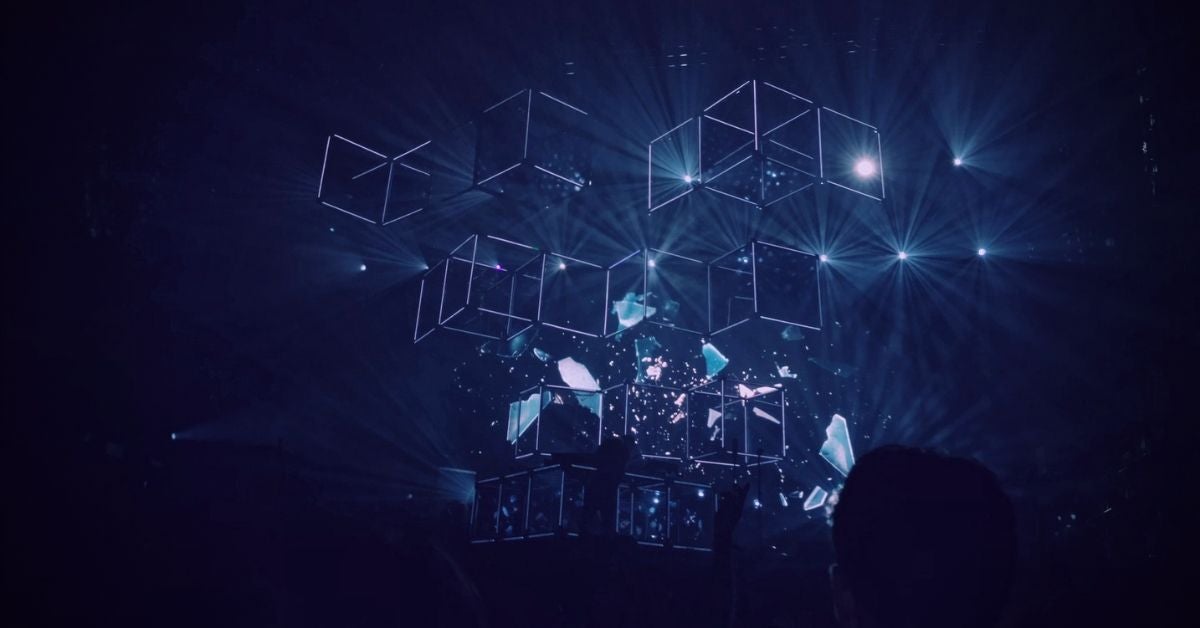 At SentinelOne, we provide full visibility into managed endpoint data for our customers. Over time, the amount of data events we need to store, search and retrieve has become huge, and we currently handle around 200 billion events per day. While collection and storage is easy enough, querying the data quickly and efficiently is the main challenge. In this post, we will share how we overcame this challenge and achieved the ability to quickly query tremendous amounts of data. 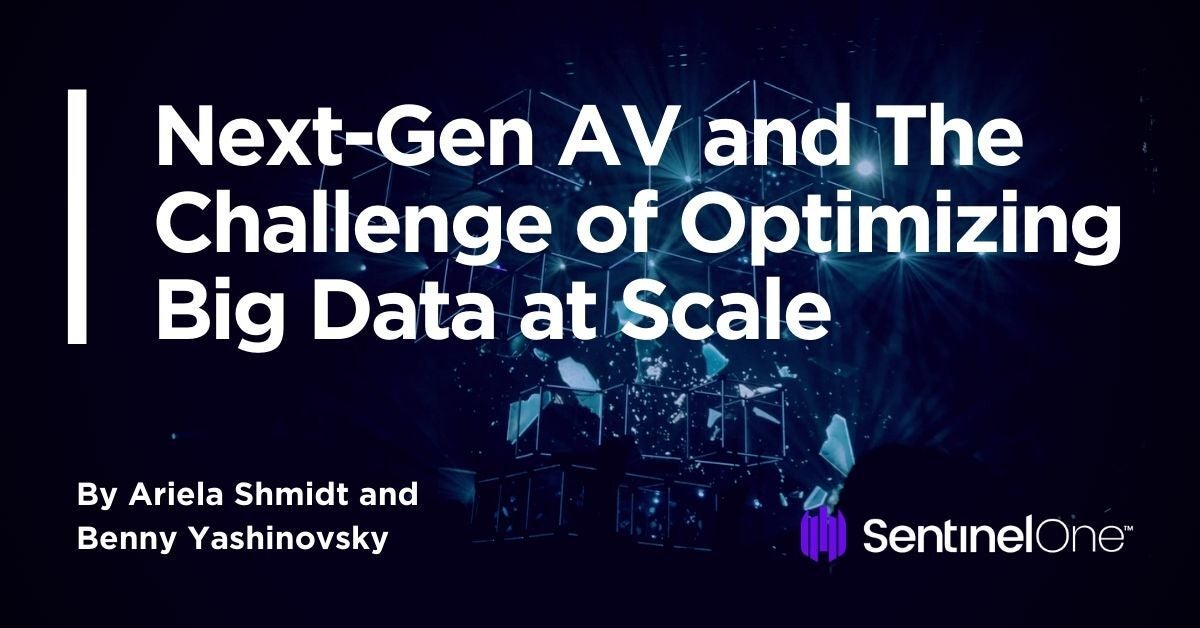 Our event stream results in a lot of small files, which are written to S3 and HDFS. We store our partitions in Hive Metastore and query it with Presto. Files are partitioned by date where every day a new partition is automatically created. 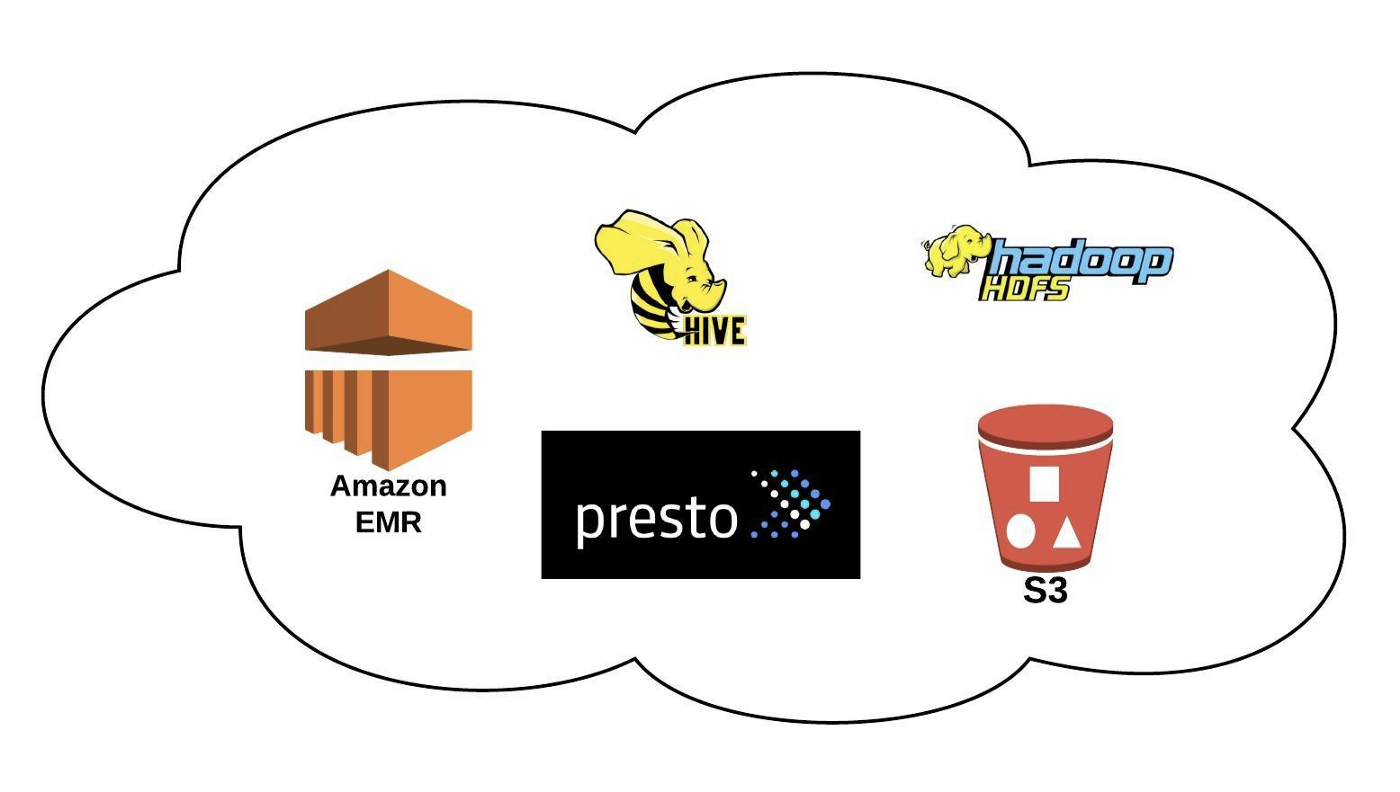 We started in a naive way, by simply aggregating events in the pipeline into files being periodically pushed to S3. While this worked well at the beginning, as scale surged, a serious problem emerged.

To allow near real-time search across our managed endpoints, we wrote many small files, rather than attempting to combine them into larger files. We also support the arrival of late events, so data might arrive with an old timestamp after a few days.

Unfortunately, Presto doesn’t work well with many small files. We were working with tens of thousands of files, from hundreds of kilobytes to tens of megabytes. Leaving data in many small files, obviously, made queries very slow, so we faced the challenge of solving the common problem of “small files”.

Our first thought was simply to write less often. While this reduced the number of files, it conflicted with our business constraints of having events searchable within a few minutes. Data is flushed frequently to allow queries on recent events, thus generating millions of files.

Our files are written in ORC format, so appending ORC files is possible, but not effective. When appending ORC stripes, without decompressing the data and restructuring the stripes, the results are big files that are queried really slowly.

Next, we tried to compact files on the fly in S3. Since our data volumes were small, we were able to compact the files in-memory with Java code. We maintained Hive Metastore for partition locations. It was quite a simple solution, but it turned out to be a headache. 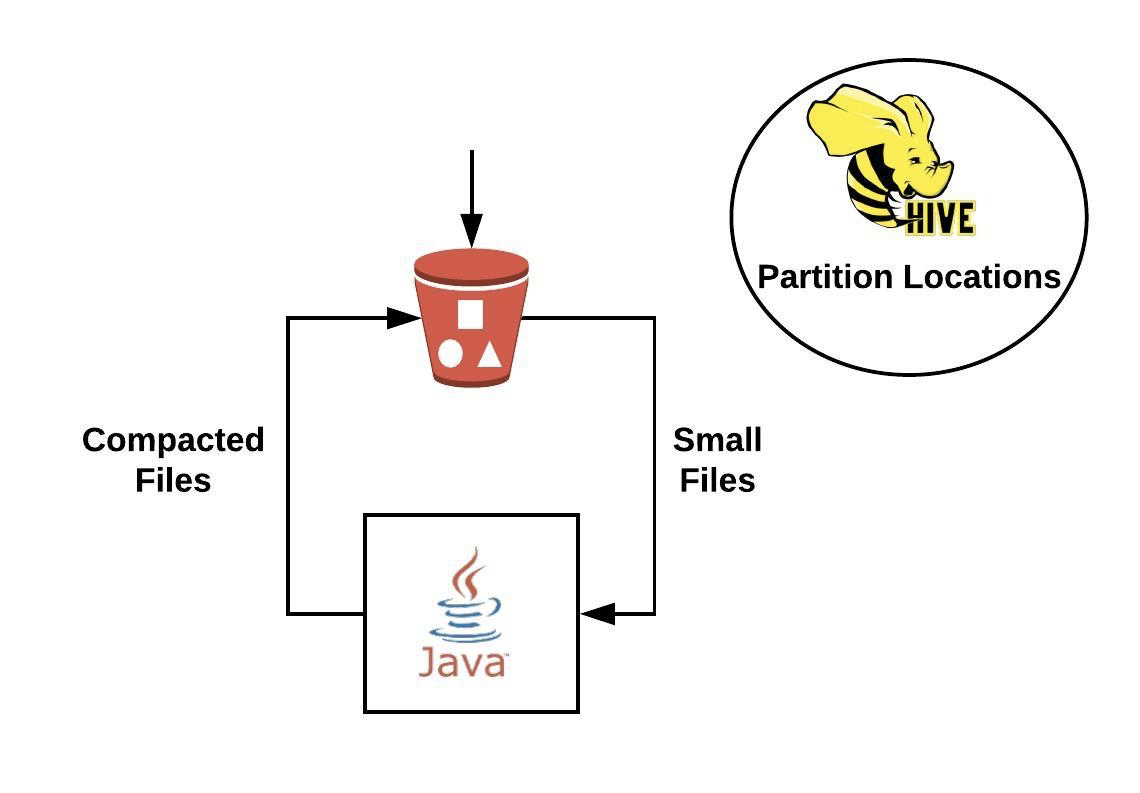 Compacting files in-place is challenging since there’s no way to make atomic writes in S3. We had to take care of deletion of small files that were replaced by compacted files. While the Hive Metastore partitioning was pointing to the same S3 location, we ended up with duplicate or missing data for a while.

“A process writes a new object to Amazon S3 and immediately lists keys within its bucket. Until the change is fully propagated, the object might not appear in the list.”

Although the file would be uploaded successfully, it might appear in the list perhaps half an hour later. Those issues were unacceptable, so we returned to the small files problem.

Attempt 3 — Write files to HDFS, Then Copy to S3

To mitigate S3 eventual consistency, we decided to move to HDFS, which Presto supports natively and as such the transition required zero work.

The small files problem is a known issue in HDFS. HDFS name node holds all file system metadata in memory. Each entry takes about 1 KB. As the amount of files grows, HDFS requires a lot of RAM.

We experienced even worse degradation when trying to save our real time small files in S3:

We stored files in Hive Metastore, different locations for each partition, where Today pointed to HDFS and the files of older data pointed to S3. 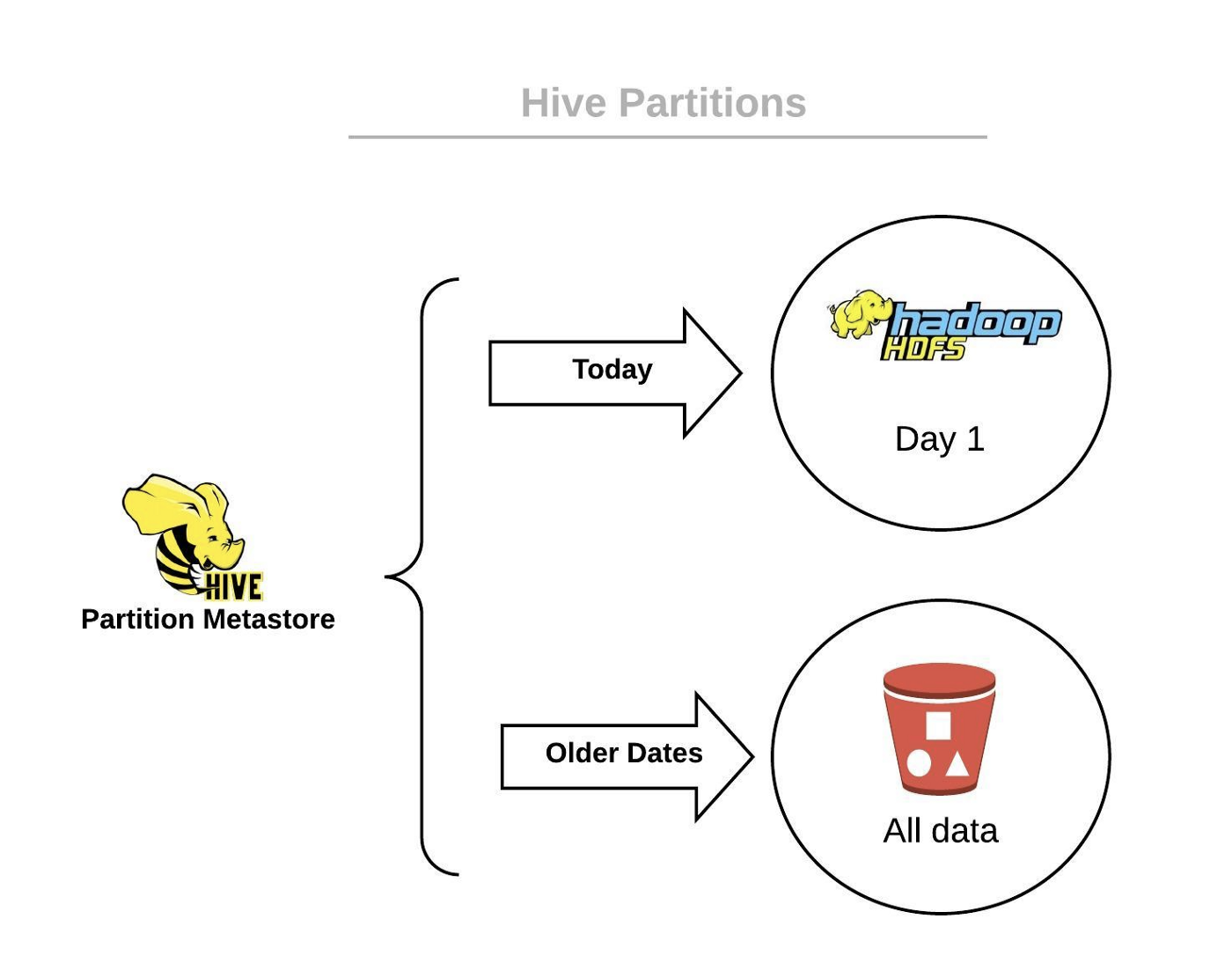 This solution solved our consistency issues, but still, small files are problematic! How can we avoid that? Let’s try compaction again.

To spawn a Presto cluster and run compaction with it is simple and easy.

At the end of each day, we created EMR clusters that handled compaction on the last day files. Our clusters had hundreds of nodes, memory-optimized with the compaction done in-memory. 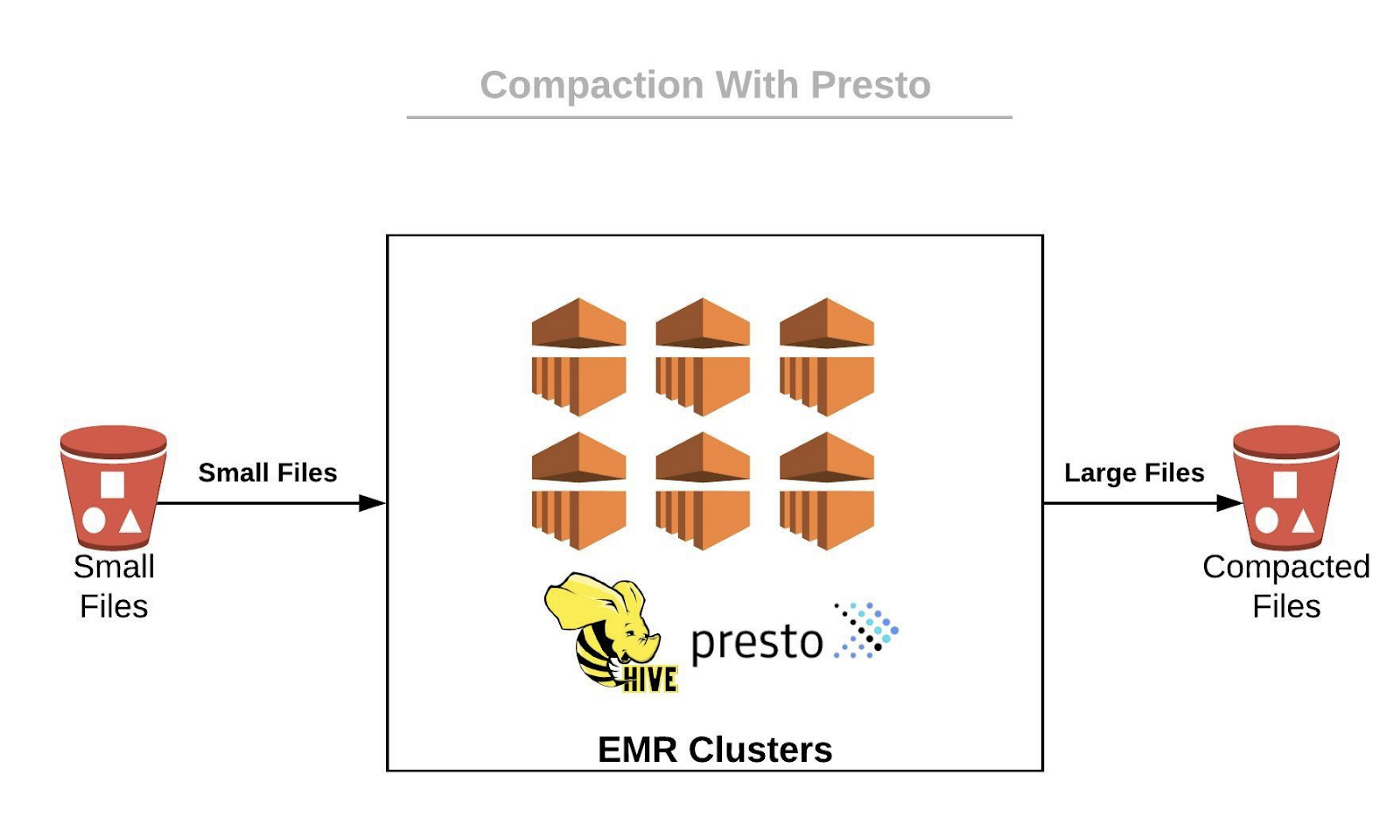 When you set up a Presto cluster, you need to do these steps: 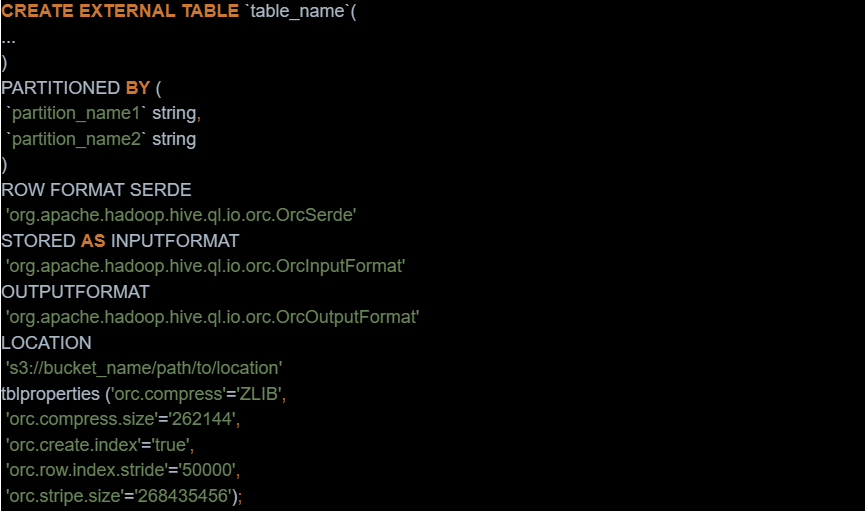 The rapid growth in SentinelOne’s data made this system infeasible from a cost and maintenance perspective. We encountered several problems as our data grew: 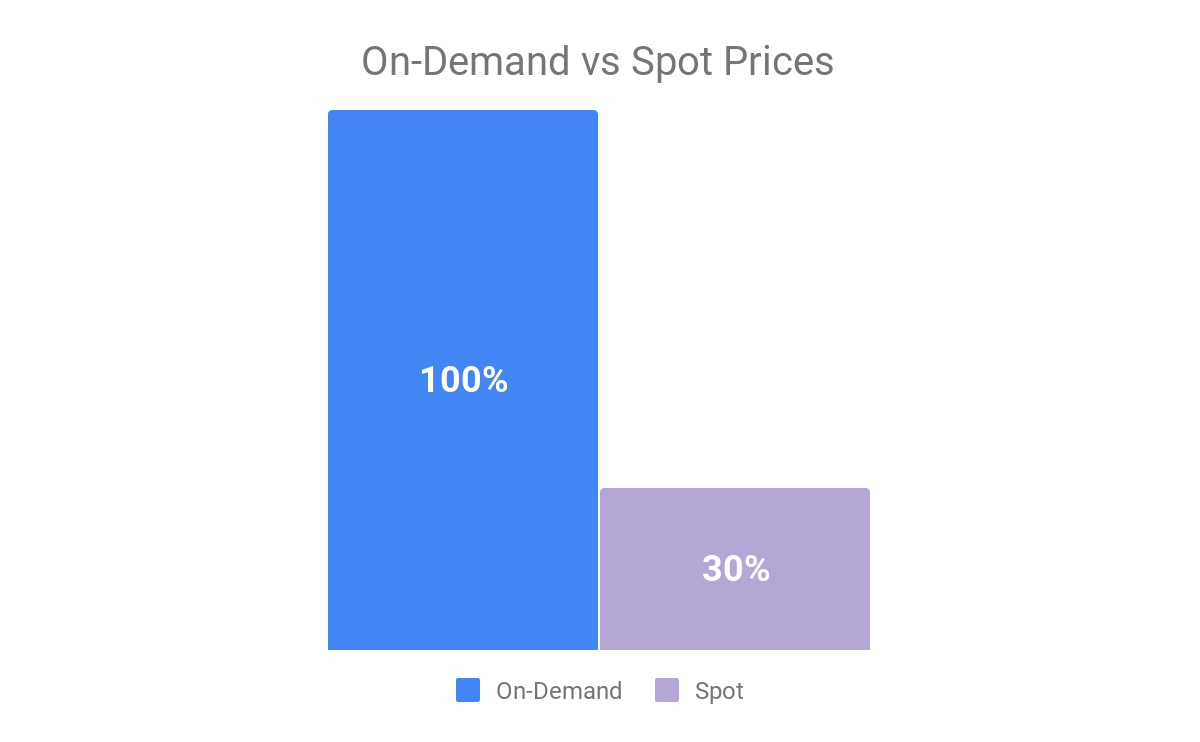 As we started to compact files, Hive Metastore locations were changed to point to compacted data vs. current-day, small-file data.

At the end of the compaction process, we had a job that switched Hive Metastore partitioning. 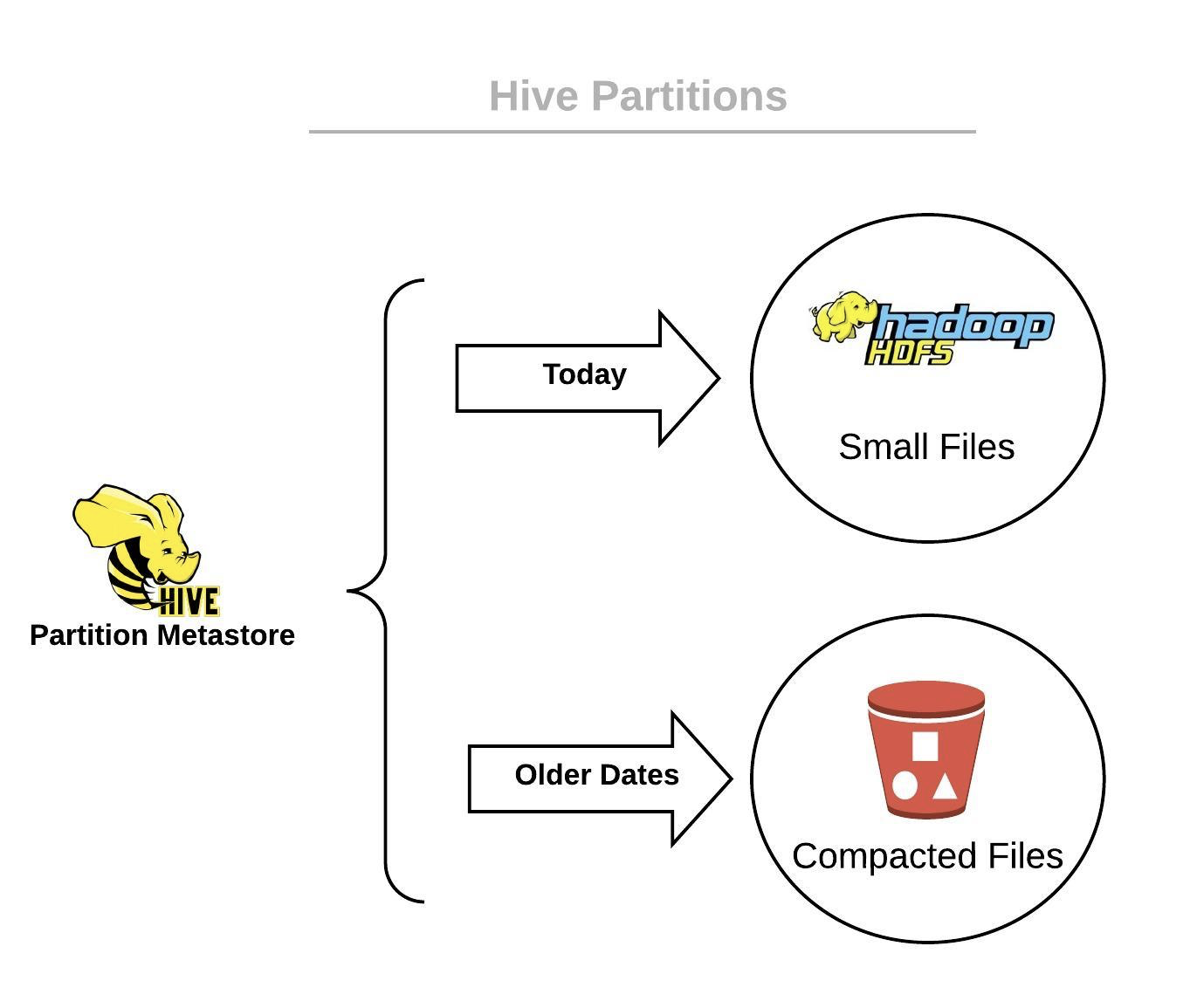 At this point, we decided to take control. We built a custom-made solution for compaction, and we named it Compaction Manager. 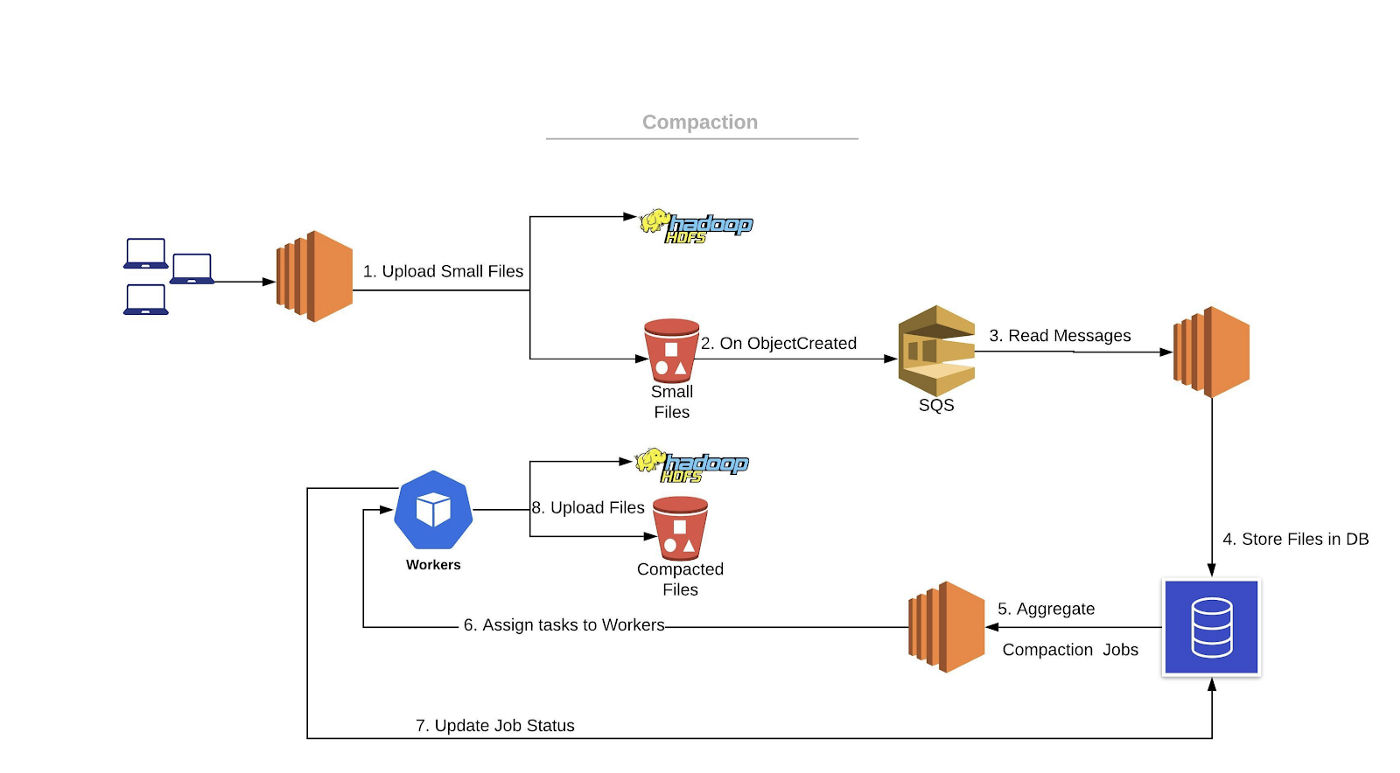 What Did We Gain from the Next Generation Solution?

We orchestrated our own custom solution to handle huge amounts of data and allow our customers to query it really quickly by utilizing a combination of S3 and HDFS for storage. For first-day data, we enjoy the advantages of HDFS, and for the rest of the data, we rely on S3 because it’s a managed service.

Compaction with Presto is nice, but as we learned it is not enough when you are handling a lot of data. Instead, we solved the challenge with a customised solution which both improved our performance and cut our costs by 80% relative to the original approach.

Posted on Medium by SentinelOne Tech.

If you want to join the team, check out this open position: Big Data Engineer