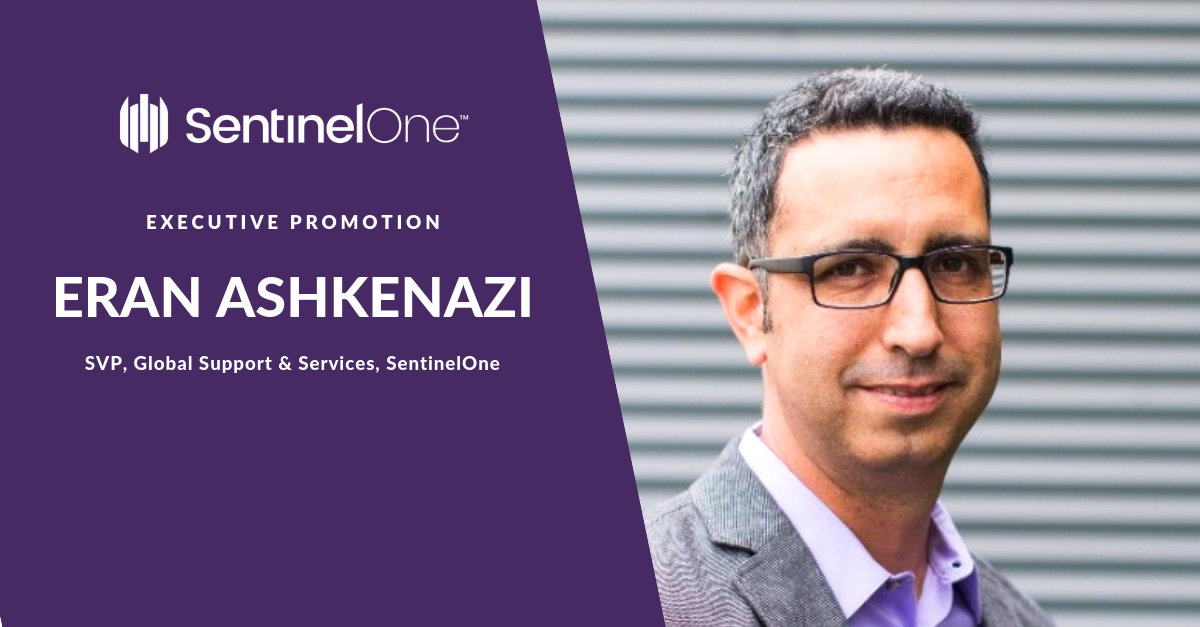 “Consolidating post-sales functions under a single leader is essential to providing our rapidly growing customer base with the highest level of support and service,” said SentinelOne COO, Nicholas Warner. “The position requires an individual who is both customer and business oriented with a highly technical background. Since joining SentinelOne in the company’s early days, Eran has played an integral role in making us the fastest growing endpoint security company in the market, and no one is more qualified or deserving of the position.”

Mr. Ashkenazi came to SentinelOne in 2014 as one of the company’s first executive hires and spearheaded its nascent support organization while working out of SentinelOne’s Tel Aviv office. In late 2015, Mr. Ashkenazi relocated to SentinelOne HQ in Mountain View, CA, where he was a founding member of the SentinelOne global launch team and from 2017 led the build out of the award-winning Vigilance MDR practice.

Prior to SentinelOne, Mr. Ashkenazi gained invaluable experience as a pioneer in network security, spending nearly 11 years at Israeli multinational software provider, Check Point Software Technologies. At Check Point, Mr. Ashkenazi served in several service leadership roles, before leading its worldwide professional services organization, where he was a key player building a world-class support and services organization for Global 2000 accounts. Over the past five years at SentinelOne, Mr. Ashkenazi has continually refined his skill set in building such an organization with tremendous success, and will have an even greater impact on customer satisfaction as SVP of Global Support and Services.