Mountain View, Calif. – April 22, 2019 – SentinelOne, the autonomous endpoint protection company, today announced the company has signed an agreement to sponsor PGA Tour Golfer Sam Burns. Named 2018 SGC Champion and 2017’s college golf player of the year at Louisiana State University (LSU), Burns is an up-and-coming golfer taking over the PGA Tour. Sam’s known for his incredible consistency and high performance repeatability; SentinelOne, in both its product and go-to-market, shares the same fervor and dedication to helping customers prevail against cyber-criminals and autonomously prevent, detect, and respond to cybersecurity challenges.

During his time at LSU, Burns set the college’s single-season scoring record, was voted SEC Player of the Year, won PING First Team All-American, and received the NCAA Division I Jack Nicklaus National Player of the Year Award. Burns made his PGA debut after two years at LSU in 2017, and recently earned playing status on the Web.com Tour during Qualifying School in December 2018. 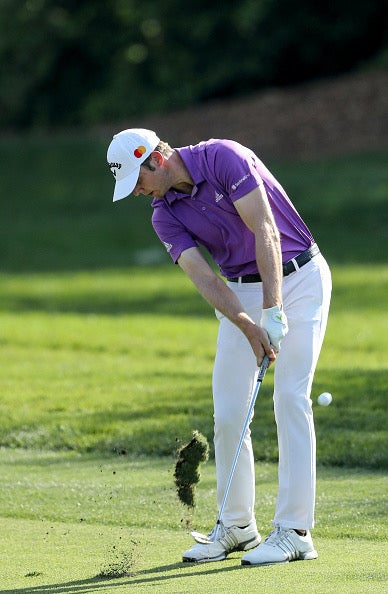 SentinelOne is the only next-gen solution that autonomously defends every endpoint against every type of attack, at every stage in the threat lifecycle. SentinelOne’s Behavioral AI engine monitors each system process providing not only superior protection from the widest array of attack vectors, but also yielding unparalleled endpoint visibility in one single codebase.

“I am grateful and honored to partner with SentinelOne, the world’s fastest growing cybersecurity company and an innovative leader in the space. SentinelOne’s technology is simply unmatched in its innovation, and the consistent evolution of its platform to meet a rapidly changing threat landscape is something I hope to mimic in my upcoming years on the PGA tour.”

“Sam Burns is one of the most exciting young players to join the PGA Tour in a long time. His path to the PGA has been highlighted by his remarkable commitment to achieve a high level of consistency and reliability within his game. Similar to how Sam has consistently worked to revolutionize his golf-game, SentinelOne has worked to revolutionize our platform, taking AI-driven autonomous protection technology to places it has never been before.”