Custom-Branded Ransomware: The Vice Society Group and the Threat of Outsourced Development - SentinelOne 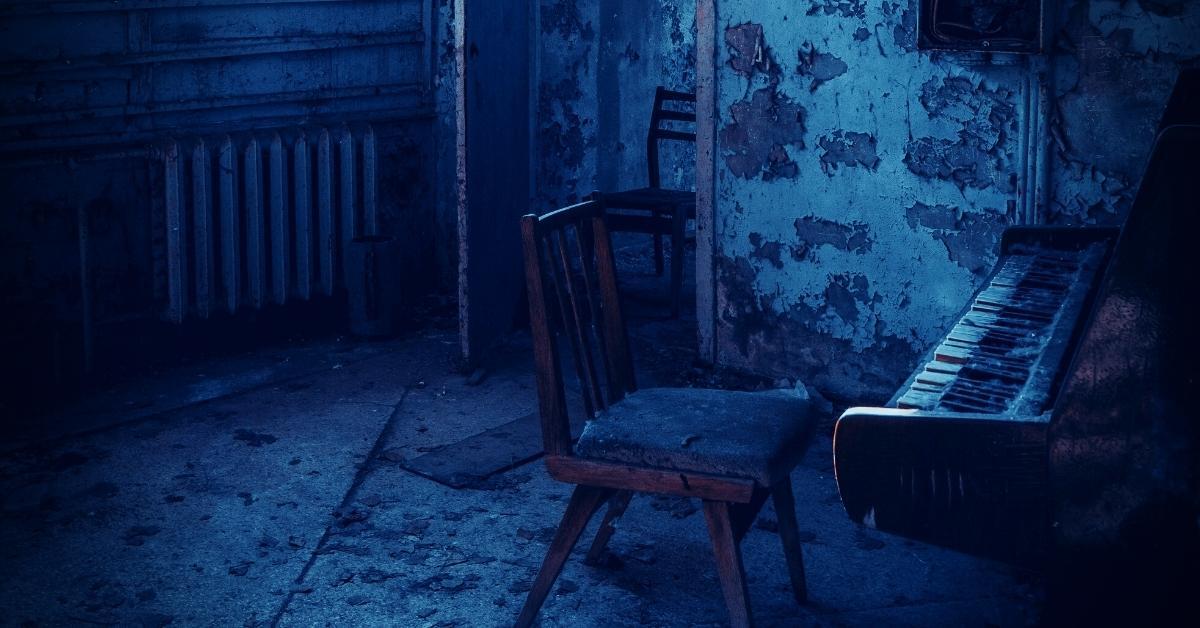 The TTPs are nothing new. They include initial network access through compromised credentials, exploitation of known vulnerabilities (e.g., PrintNightmare), internal network reconnaissance, abuse of legitimate tools (aka COTS and LOLBins), commodity backdoors, and data exfiltration.

Rather than using or developing their own locker payload, Vice Society operators have deployed third-party ransomware in their intrusions, including HelloKitty, Five Hands, and Zeppelin.

In a recent intrusion, we identified a ransomware deployment that appended the file extension .ViceSociety to all encrypted files in addition to dropping ransom notes with the file name “AllYFilesAE” in each encrypted directory.

Our initial analysis suggested the ransomware, which we dubbed “PolyVice”, was in the early stages of development. The presence of debugging messages suggested that the Vice Society group may be developing their own ransomware implementation.

Zeppelin ransomware, previously seen used by the group, was recently found to implement a weak encryption scheme that allows for decryption of locked files, potentially motivating the group to adopt a new locker.

However, further investigation showed that a decryptor related to the PolyVice variant first appeared in the wild on July 13, 2022, indicating that the locker could not have been in the early stages of development and that a “release” version existed prior to the group’s use of Zeppelin and other ransomware variants.

Our analysis suggests that Vice Society has used a toolkit overpopulated with different ransomware strains and variants.

Further investigation also revealed that the codebase used to build the Vice Society Windows payload has been used to build custom-branded payloads for other threat groups, including the “Chily” and “SunnyDay” ransomware.

These numbers provide clear evidence that the code is maintained by the same developers.

The real difference is in the intended use of the code exemplified by the data section, where all of the ransomware campaign details are stored, such as the encrypted file extension, ransom note file name, hardcoded master key, ransom note content, and wallpaper text.

We assess it’s likely that a previously unknown developer or group of developers with specialized expertise in ransomware development is selling custom-branded ransomware payloads to multiple groups. The details embedded in these payloads make it highly unlikely that Vice Society, SunnyDay, and Chily ransomware are operated by the same group.

The delivery method for this “Locker as a Service” is unclear, but the code design suggests the ransomware developer provides a builder that enables buyers to independently generate any number of lockers/decryptors by binary patching a template payload. This allows buyers to customize their ransomware without revealing any source code. Unlike other known RaaS builders, buyers can generate branded payloads, enabling them to run their own RaaS programs.

In the initialization phase, it imports a hardcoded NTRU Public Key generated offline with the provider EES587EP1 (192 bits strength):

Subsequently, a new random NTRU key pair is generated on the victim system at runtime with the provider EES401EP2 (112 bits strength):

The newly generated NTRU key pair is unique to each execution and tied to the victim system. This is the key that will be used for encrypting the ChaCha20-Poly1305 symmetric keys.

In order to protect the generated NTRU private key, the ransomware encrypts it through the ntru_encrypt function with the hardcoded NTRU public key (also referred as the master public key):

Moreover, in the configuration blob is stored the random NTRU public key generated on the system:

The configuration blob is stored in a global variable, allowing it to be retrieved during the symmetric encryption preparation stage. Once the initialization of the NTRU keys is complete, the malware proceeds to implement a method for parallelizing the encryption routine across multiple workers. This speeds up the encryption process and makes it more efficient.

The PolyVice locker utilizes a multi-threading approach to parallelize the encryption of the files.

This is achieved through the CreateThread function to spawn multiple workers and the synchronization with the main thread occurs with a WaitForMultipleObject call.

In order to exchange data between the main thread and the worker threads, it uses an I/O Completion Port, a helper function exposed through the Win32 API call CreateIoCompletionPort that provides an efficient way to manage concurrent asynchronous I/O requests through a queue.

More specifically, PolyVice uses the following data structure to exchange data between the main thread and the workers:

The worker threads are in charge of the symmetric encryption of the files content. Each thread constantly polls for an I/O completion packet from the global I/O completion port. The packet received from GetQueuedCompletionStatus contains a data structure CustomCompletionPortStruct that is expected to be populated by the main thread in the symmetric encryption preparation stage. All the required data to perform the file encryption are contained in this data structure.

Each worker thread implements all of the operations to read the file content, perform the ChaCha20-Poly1305 encryption, writing the encrypted blocks back to the file and append the file footer:

This payload, like many modern ransomware variants, employs optimization techniques in its encryption routine to improve speed. These optimization efforts often involve additional care in the reading and writing of file chunks.

The manner in which these optimizations are carried out is determined by specific parameters set in the CustomCompletionPortStruct data structure, which is passed to the completion port by the main thread during the symmetric encryption preparation stage. The core element that dictates the use of these optimization techniques is the size of the file.

The two functions for reading and writing the file content are shown below:

Due to the compiler optimizations, the code flow of the two functions looks twisted. The code logic can be summarized (with file sizes rounded for the sake of simplicity) as follows:

The final step in the encryption process is the addition of a file footer to each encrypted file. This is an essential step because the file footer contains the necessary information to decrypt the file that can be unlocked only by the master private key holder (usually the attacker).

The following data structure is appended as file footer to each encrypted file:

Once the main thread has completed the setup of all worker threads running in the background, the ransomware proceeds to the file enumeration stage. If no arguments are provided to the process command line, the ransomware will execute its default behavior.

This involves the enumeration of all local and remote drives, including network shares:

For each discovered drive, the function EnumAndEncryptFilesFromPath (pseudo name) is invoked with the root path as its input parameter. This function uses the Win32 API calls FindFirstFile and FindNextFile to retrieve the paths of all files from all directories and subdirectories within the starting path.

When a new file is discovered, the symmetric encryption preparation stage is invoked through the function PrepareFileForSymmetricEncryption (pseudo name), and the ransom note is copied into the enumerated directory:

The PrepareFileForSymmetricEncryption function is used for the symmetric encryption preparation stage:

The function sets up the CustomCompletionPortStruct data structure with the information needed for symmetric encryption of the file. It then generates and stores a new ChaChaPoly symmetric key and nonce in the data structure. It is important to note that this initialization is performed for each file to be encrypted, ensuring that each file has a unique symmetric key. The ChaChaPoly symmetric key and nonce are then encrypted using the NTRU public key generated at runtime on the victim system. Once this is done, the file is ready for encryption and all the required data is set up in the data structure.

The main thread sends the data structure to the completion port via PostQueuedCompletionStatus, where it will be retrieved by one of the worker threads that is currently available for processing.

After enumerating all the files and sending them to the worker threads, the main thread will use the WaitForMultipleObjects function to wait until all worker threads have completed their symmetric encryption tasks.

The strong encryption scheme and emphasis on performance optimization suggest that the ransomware was likely developed by an experienced developer or team of developers who are familiar with ransomware development.

The Vice Society group has established itself as a highly-resourced and capable threat actor, capable of successfully carrying out ransom attacks against large environments and with connections within the criminal underground.

The adoption of the PolyVice Ransomware variant has further strengthened their ransomware campaigns, enabling them to quickly and effectively encrypt victims’ data using a robust encryption scheme.

The ransomware ecosystem is constantly evolving, with the trend of hyperspecialization and outsourcing continuously growing. These groups are focusing on specific skill sets and offering them as a service to other groups, effectively mimicking traditional “professional services” and lowering barriers to entry for less capable groups.

This trend towards specialization and outsourcing presents a significant threat to organizations as it enables the proliferation of sophisticated ransomware attacks. It is crucial for organizations to be aware of this trend and take steps to protect themselves against these increasingly sophisticated threats.

Antonio Cocomazzi is a Senior Threat Intelligence Researcher at SentinelOne with a particular interest in malware analysis. His research focuses on discovering vulnerabilities and digging into Windows OS internals. Antonio enjoys reversing any kind of binaries from packed malware to Windows internal components. He likes playing online CTF and writing offensive tools and security research on his GitHub channel, mostly based on Windows OS. Antonio has presented previously at conferences such as Black Hat, Hack In The Box and RomHack.
Prev 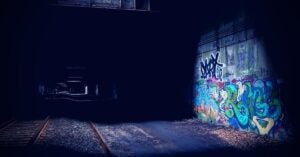