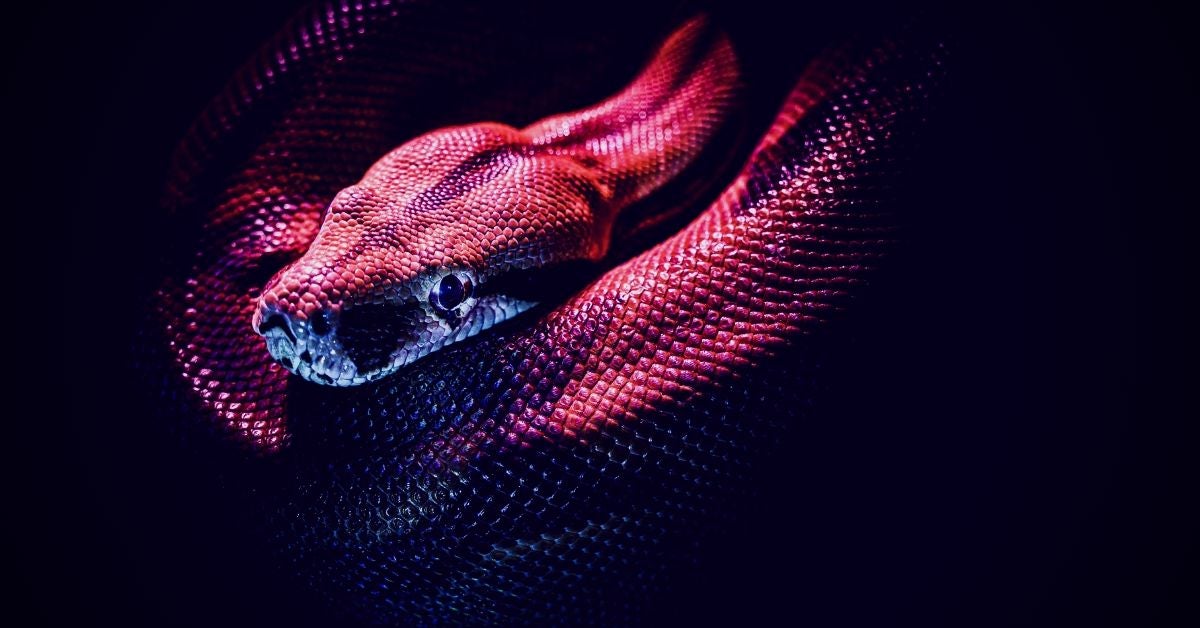 We are just about 1 month into 2020, and so far, there has been no break in the ongoing flurry of new or varied ransomware campaigns. Amongst the well-established families (Ryuk, Maze, REvil) we now have another to add to the list…”Snake”.

SentinelLabs has observed the Snake ransomware in targeted campaigns over the last month. While it contains all the hallmarks of standard ransomware, there are a few traits that make it stand out as more aggressive and more complex.

Snake is written in Golang, which has been seen in many recent ransomware families. Golang is an open-source programming language, with a degree of cross-platform support. It is for these same reasons that some RaaS (Ransomware as a Service) offerings utilize the language as well. One such example would be Project Root.

Upon infection, relevant files are overwritten with encrypted data. Each modified file is also ‘tagged’ at the end of the file with the string “EKANS” (Snake backwards).

In addition, the names of modified files are appended with random characters, rather than a singular or uniform extension change. This, in theory, makes it more difficult to identify the specific ransomware family simply by the file extensions.

The actual encryption process is achieved via a mix of symmetric and asymmetric cryptography (across AES-256 and RSA-2048). A symmetric key is required for encrypting and decrypting of files.  Said symmetric key is encrypted with the attacker’s public key. Decryption is only possible with possession of the attacker’s private key. This mixture, along with the key lengths (AES-256, RSA-2048), aims to make 3rd party decryption difficult or impossible.

The malware excludes critical system files and folders from encryption.  In parallel, it attempts to encrypt data on adjacent and available network resources. Current analysis indicates that any decryption purchased from the attacker covers the scope of the targeted network rather than individual files.

As with most modern ransomware, Snake attempts to remove Volume Shadow Copies that the OS uses for backup. The ransomware also attempts to terminate various processes. It appears to be targeting those associated with SCADA platforms, enterprise management tools, system utilities and the like. Some specifically targeted applications include VMware Tools, Microsoft System Center Operations Manager, Nimbus, Honeywell HMIWeb, FLEXnet, and more.  A full list of the terminated processes is as follows: 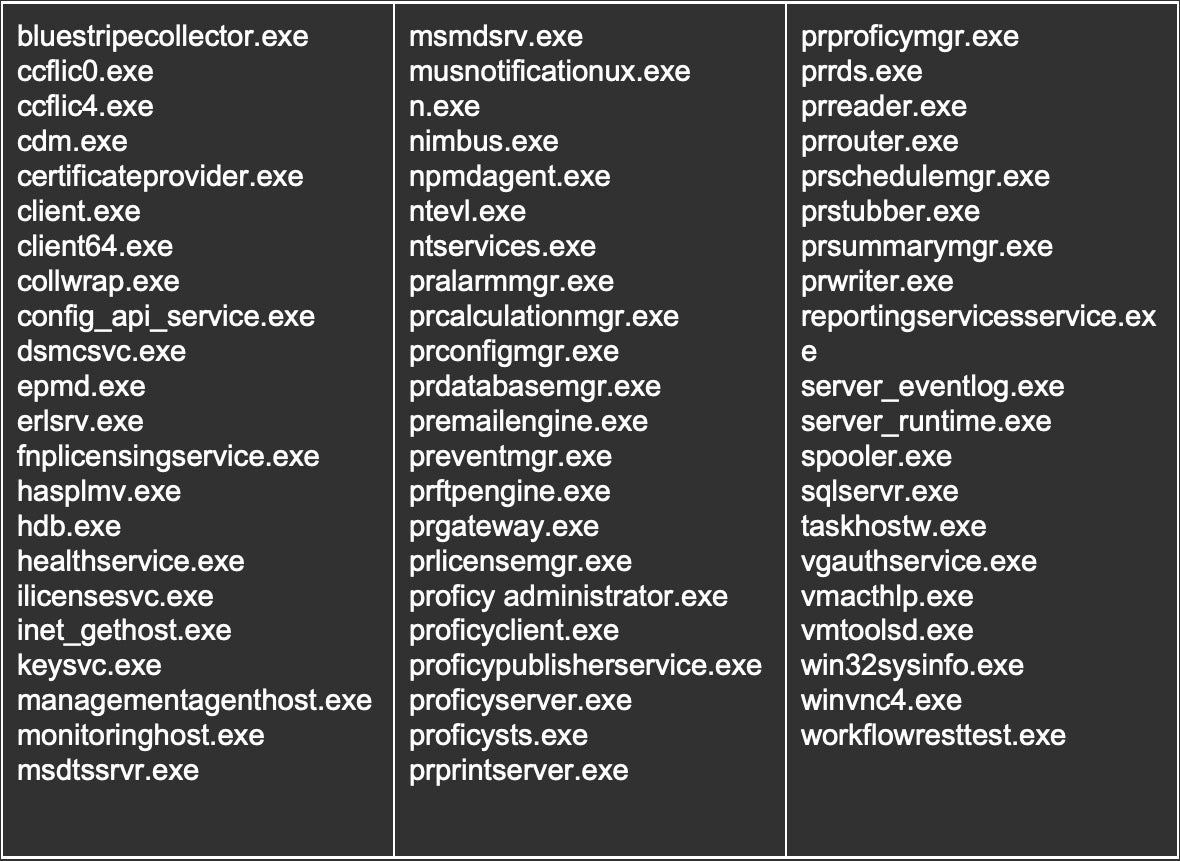 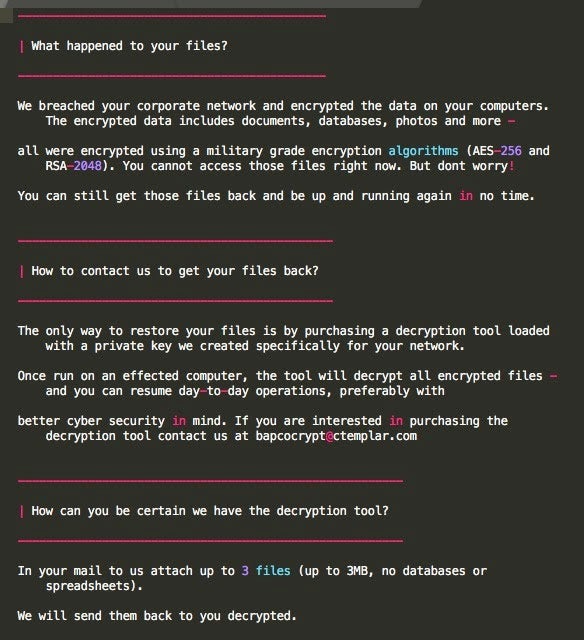 The ransom note provides fairly straightforward details on how the victim should proceed (according to the attacker). Rather than providing a web address to obtain a payment address and further details, victims are instructed to initiate direct contact via email. Note the email address in the ransom note is “bapcocrypt @ ctemplar.com”. BAPCO (The Bahrain Petroleum Company) was the target of the recent ‘Dustman’ campaign. There may very well be a relationship between the Snake and ‘Dustman’ attacks.

Snake, like other targeted ransomware campaigns, has the potential to do serious and critical damage to an infected environment. As always we should stay aware and vigilant, and aggressively defend environments against this type of attack. Part of this strategy comes down to properly choosing, deploying, and maintaining a modern endpoint protection technology. It is also critical to have functional and well-tested backup procedures in place as part of your greater business continuity and disaster recovery planning.

Thanks to @VK_Intel and sysopfb for their insights about this ransomware.